Dozens of children are believed trapped inside a collapsed building in Lagos, Nigeria, where hundreds of onlookers gathered to watch a massive rescue attempt, VOA reports.

It is unclear how many people are inside the ruins of the three-story building that collapsed about 10 a.m. local time Wednesday. Onlookers said a school with about 100 students was located on the building’s top floor. 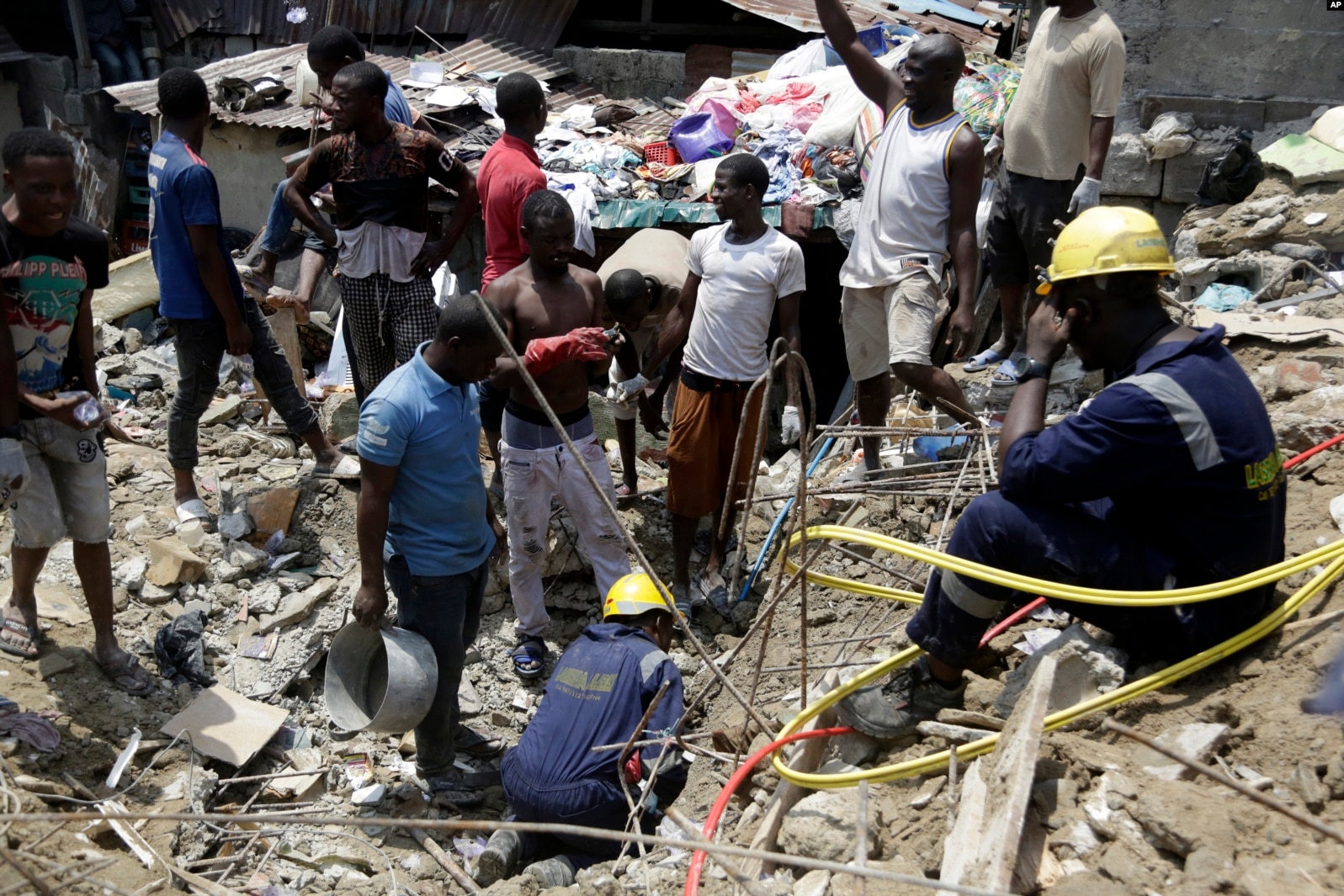 Several children are believed to have been rescued from the debris. Ambulances, fire trucks, and heavy building equipment were standing by to help with the search-and-rescue effort.

There was no word on how many adults were in the building when it fell.

The building is on the Ita-faji area of Lagos island, the oldest part of the city.

Building collapses are not uncommon in Nigeria. In 2016, more than 100 people died when a church collapsed in southeastern Nigeria. A five-story building in Lagos collapsed that year as well, killing at least 30 people.

The oil industry in South Sudan has left a landscape pocked with hundreds of open waste pits, the water and…

Jihadists killed at least 30 people and abducted women and children in a raid in northeast Nigeria’s restive Borno state,…

UNICEF says nearly five million children are the main victims of surging violence in Africa’s Sahel region, subjecting them to…