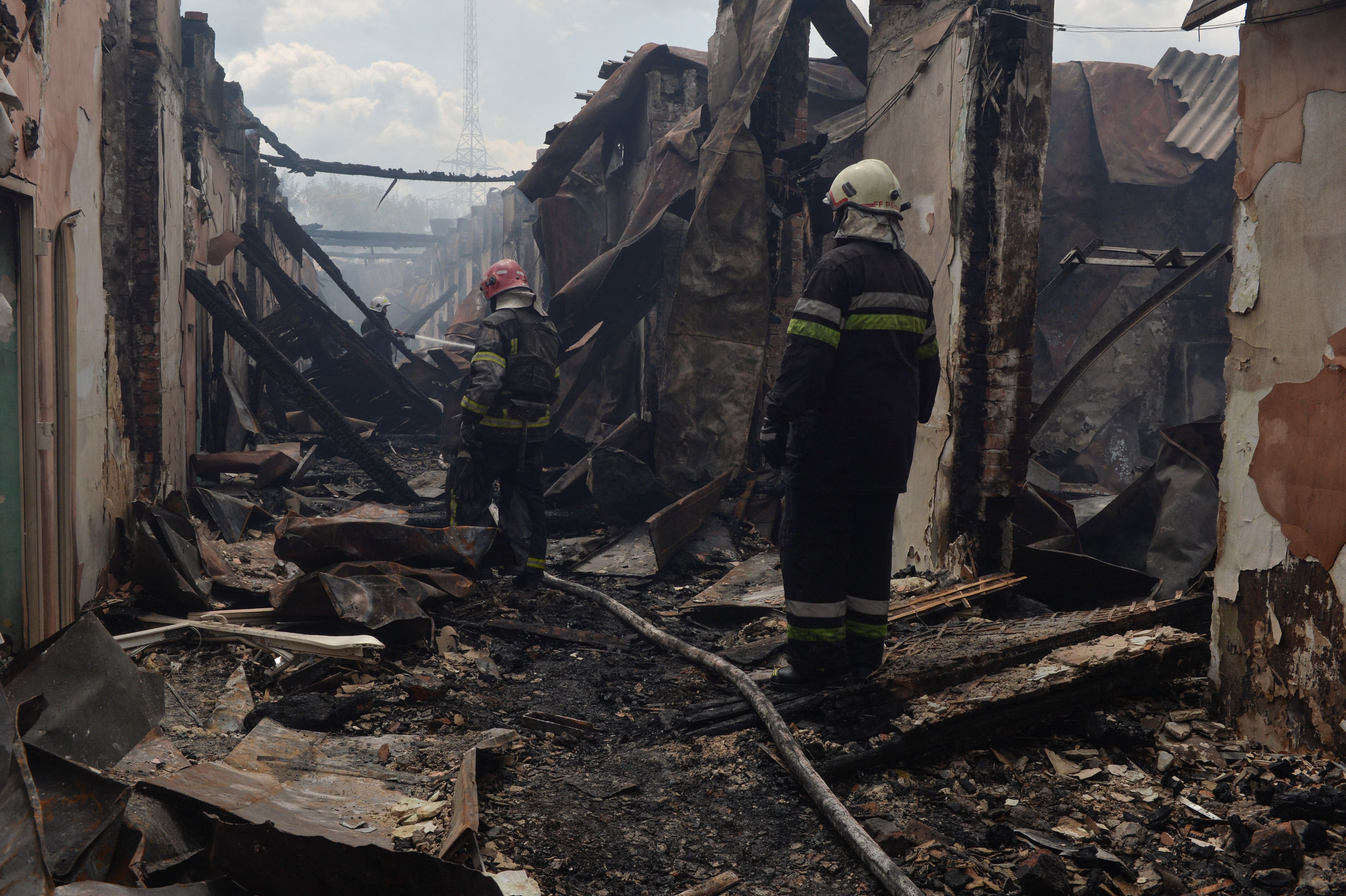 Ukraine and Russia: What you need to know right now

* Russia's defence ministry accused Ukrainian forces of shelling the plant, saying a leak of radiation had been avoided only by luck. read more

* Shells hit a high-voltage power line at the Russian-occupied plant, prompting operators to disconnect a reactor despite no radioactive leak being detected. The plant is still run by Ukrainian technicians.

* Russia's war in Ukraine is about to enter a new phase, with most fighting shifting to a nearly 350 km (217 mile) front stretching southwest from near Zaporizhzhia to Kherson, British military intelligence said. read more

* The next weapons package to Ukraine from the United States was expected to be $1 billion and include munitions for long-range weapons and armoured medical transport vehicles, sources briefed on the matter told Reuters. read more

* The head of Amnesty International's Ukrainian office is leaving the human rights group after it accused Ukraine's armed forces of endangering civilians by basing troops in residential areas. read more

* Russia has banned investors from so-called unfriendly countries from selling shares in energy projects and banks until the end of the year, part of the stand-off with the West over sanctions imposed after the invasion. read more

* U.S. President Biden said his administration was working hard to secure the release of basketball star Brittney Griner, whose arrest in Moscow a week before Russia invaded Ukraine in February plunged her into the geopolitical maelstrom that followed. read more

* Russia said it was ready to discuss a prisoner swap with the United States in private.