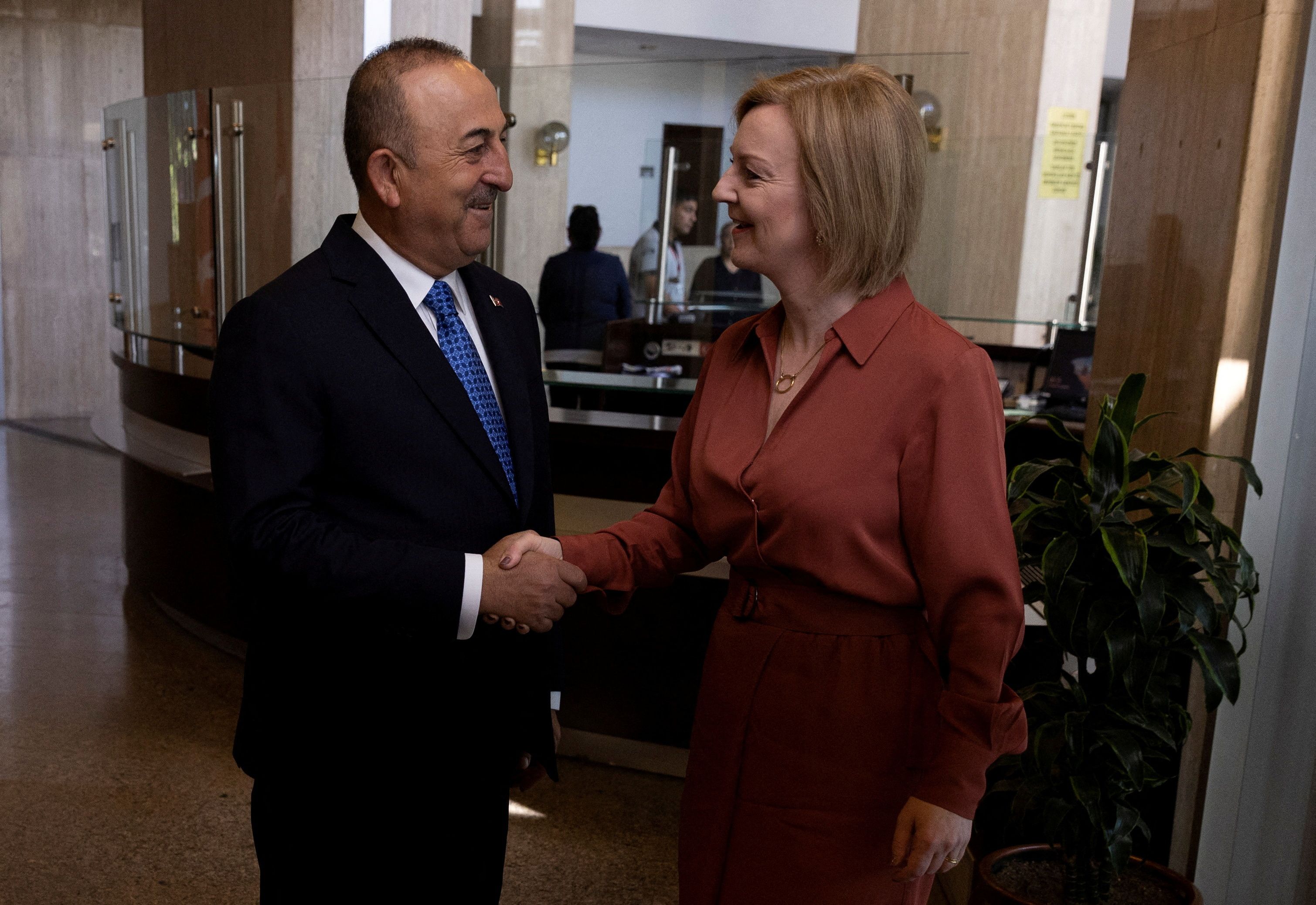 Turkish Foreign Minister Mevlut Cavusoglu said on Thursday that Ankara was investigating claims that Ukrainian grain has been stolen by Russia and shipped to countries including Turkey, but added the probes had not found any stolen shipments so far.

Kyiv's ambassador to Ankara said in early June that Turkish buyers were among those receiving grain that Russia had stolen from Ukraine, adding he had sought Turkey's help to identify and capture individuals responsible for the alleged shipments. read more

Russia has previously denied allegations that it has stolen Ukrainian grain. The Kremlin reiterated on Thursday that it had not stolen any grain. read more

Speaking at a news conference with British Foreign Minister Liz Truss in Ankara, Cavusoglu appeared to deny Ukraine's claims of stolen grain shipments arriving in Turkey, saying Ankara had not yet seen any such cases and it had notified Kyiv of every investigation's outcome.

"We took each claim seriously and carried out investigations based on these claims. We saw that the ships' port of departure and the origin of the goods is Russia on the records, based on the investigations we made after claims were made about Turkey," he said.

"We are against Ukrainian grains or other goods being taken by Russia or any other nation and then illegitimately, illegally being sold to international markets, and we, as Turkey, will not allow these goods to come to us," Cavusoglu added.

The Ukrainian foreign ministry did not immediately comment on the matter.

Kyiv has criticised Turkey's reluctance to impose sanctions on Russia since Moscow's Feb. 24 invasion, but has also thanked Ankara for its diplomatic and military support to end the war, including hosting officials from both sides for peace talks.

Russia and Ukraine account for nearly a third of global wheat supplies, while Russia also exports fertilizer and Ukraine corn and sunflower oil. But Ukrainian grain shipments from its Black Sea ports have stalled since Russia invaded, with some 20 million tonnes of grain stuck.

The U.N. has appealed to both countries, as well as maritime neighbour Turkey, to create a sea corridor for Ukrainian grains to be exported from the Black Sea. Ankara, which has backed the U.N.-led plan, has held talks with Moscow and the U.N., but says all sides need to meet for a final agreement.

Cavusoglu said on Thursday that Ankara was more focused on talks with Moscow at the moment to arrange a four-way meeting in Istanbul to discuss details of the plan.