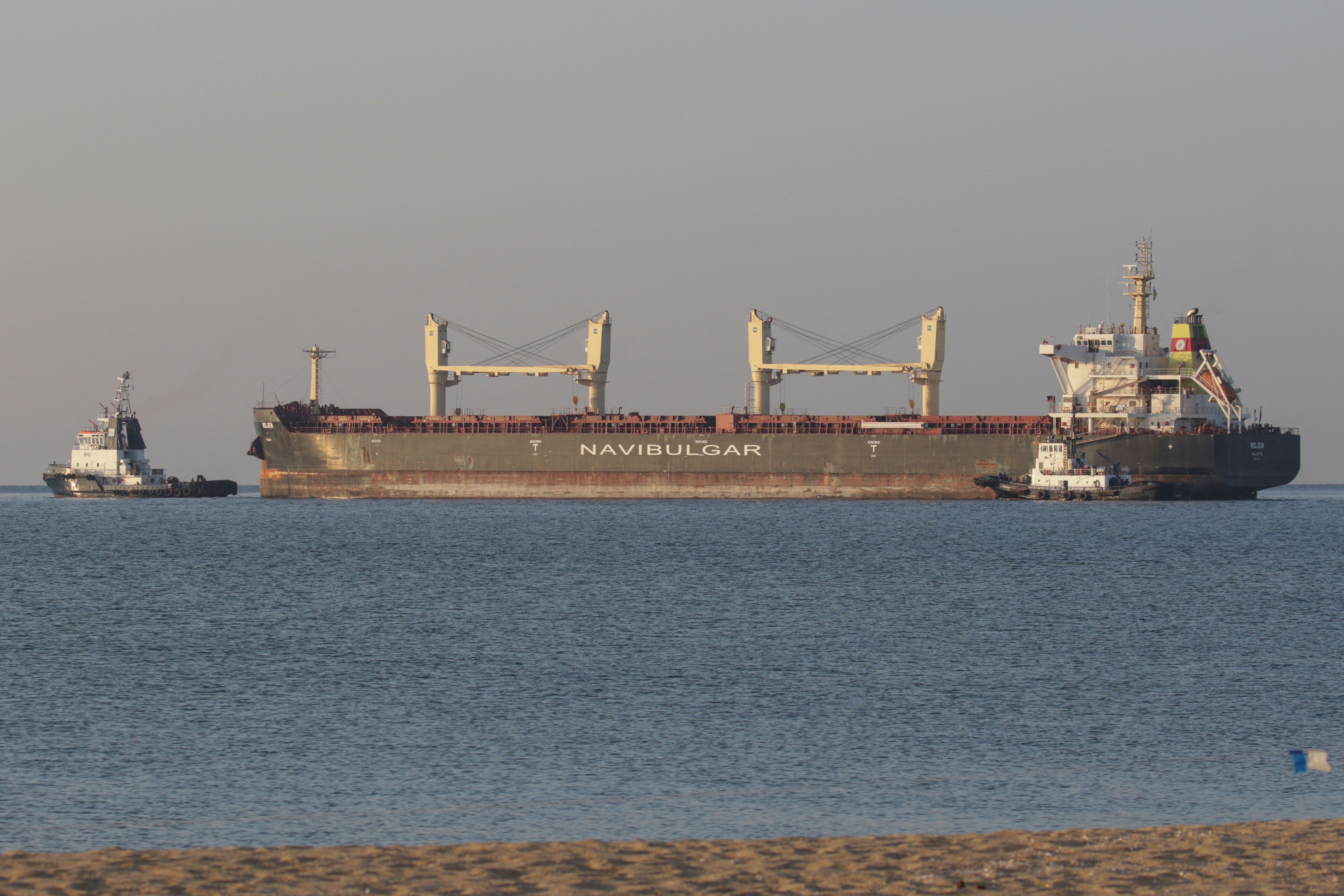 Shells hit a high-voltage power line at the Zaporizhzhia plant, prompting operators to disconnect a reactor despite no radioactive leak being detected. The plant was captured by Russian forces in early March in the opening stage of the war but it is still run by its Ukrainian technicians.

Earlier this week, the United Nations nuclear watchdog appealed for access to the plant, which Washington says Russia is using as a battlefield shield. read more

Ukrainian President Volodymyr Zelenskiy said Moscow was responsible and accused it of committing "an open, brazen crime, an act of terror", calling for sanctions on the entire Russian nuclear industry. read more

Russia's defence ministry accused Ukrainian forces of shelling the plant, saying a leak of radiation had been avoided only by luck.

It said that as a result, the generating capacity of one unit had been reduced and power supply to another had been cut. In addition, the nearby city of Enerhodar had power and water supplies problems, a ministry statement said.

Energoatom said the plant, about 200 km (160 miles) northwest of the Russian-held port of Mariupol in southeast Ukraine, was still operational and no radioactive discharges had been detected.

Further east, both sides claimed small advances while Russian artillery bombarded towns and villages across a wide area in a now-familiar tactic.

Kharkiv, Ukraine's second city, was subjected to renewed shelling early on Friday, the mayor said. "All of Kharkiv heard the sounds," Kharkiv Mayor Ihor Terehov said on Telegram. "The rescue teams are on site."

Details of any casualties or damage were not immediately available.

In other developments, three grain ships left Ukrainian ports on Friday and the first inbound cargo vessel since the Russian invasion was due in Ukraine to load, marking further steps in the Kyiv government's efforts to resuscitate its economy after five months of war.

Russian President Vladimir Putin meanwhile met Turkish President Tayyip Erdogan, who is cultivating a role as a mediator in the war, in the Russian city of Sochi.

Turkey helped negotiate the agreement that on Monday saw the first grain ship leave a Ukrainian port for foreign markets since the invasion.

On Friday, two grain ships set off from Chornomorsk and one from Odesa carrying a total of about 58,000 tonnes of corn, the Turkish defence ministry said.

The Turkish bulk carrier Osprey S, flying the flag of Liberia, was expected to arrive in Chornomorsk on Friday to load up with grain, the Odesa regional administration said.

Russia and Ukraine normally produce about one third of the world's wheat, and the United Nations had warned that the halt in grain shipments through the Russian-dominated Black Sea could lead to famine in other countries, particularly in Africa, Asia and the Middle East.

Since Russia invaded Ukraine in what Putin termed a "special military operation", the conflict has settled into a war of attrition fought largely in the east and south of Ukraine.

Moscow is trying to gain control of the largely Russian-speaking Donbas, comprised of Luhansk and Donetsk provinces, where pro-Moscow separatists seized territory after the Kremlin annexed Crimea to the south in 2014.

Russia's TASS news agency on Friday cited separatist forces as saying they and Russian troops had taken full control of Pisky in Donetsk region, a fortified village held by Ukrainian troops and close to Donetsk city, which is in the hands of Russian-backed separatist forces.

Ukraine has turned the village into a stronghold, seeing it as a buffer against Russian-backed forces holding Donetsk city about 10 km to the southeast.

TASS also said fighting was taking place in the city of Bakhmut, north of Donetsk and Russia's next main target.

But the general staff of Ukraine's armed forces in a statement on Friday contradicted the claims made by TASS.

"With its offensive stance, the occupiers tried to take over more advantageous positions and improve their tactical positions in the area of Bakhmut, Zaitsevo and Vershyny. They were unsuccessful and retreated," it said.

The statement added that Russia "tried unsuccessfully to advance toward" other towns, including Pisky.

Reuters could not verify either side's assertions about battlefield developments.

The next weapons package to Ukraine from the United States was expected to be $1 billion, one of the largest so far, three sources briefed on the matter told Reuters. read more If signed in its current form, it will include munitions for long-range weapons and armoured medical transport vehicles, the sources said. The package is expected to be announced as early as Monday.