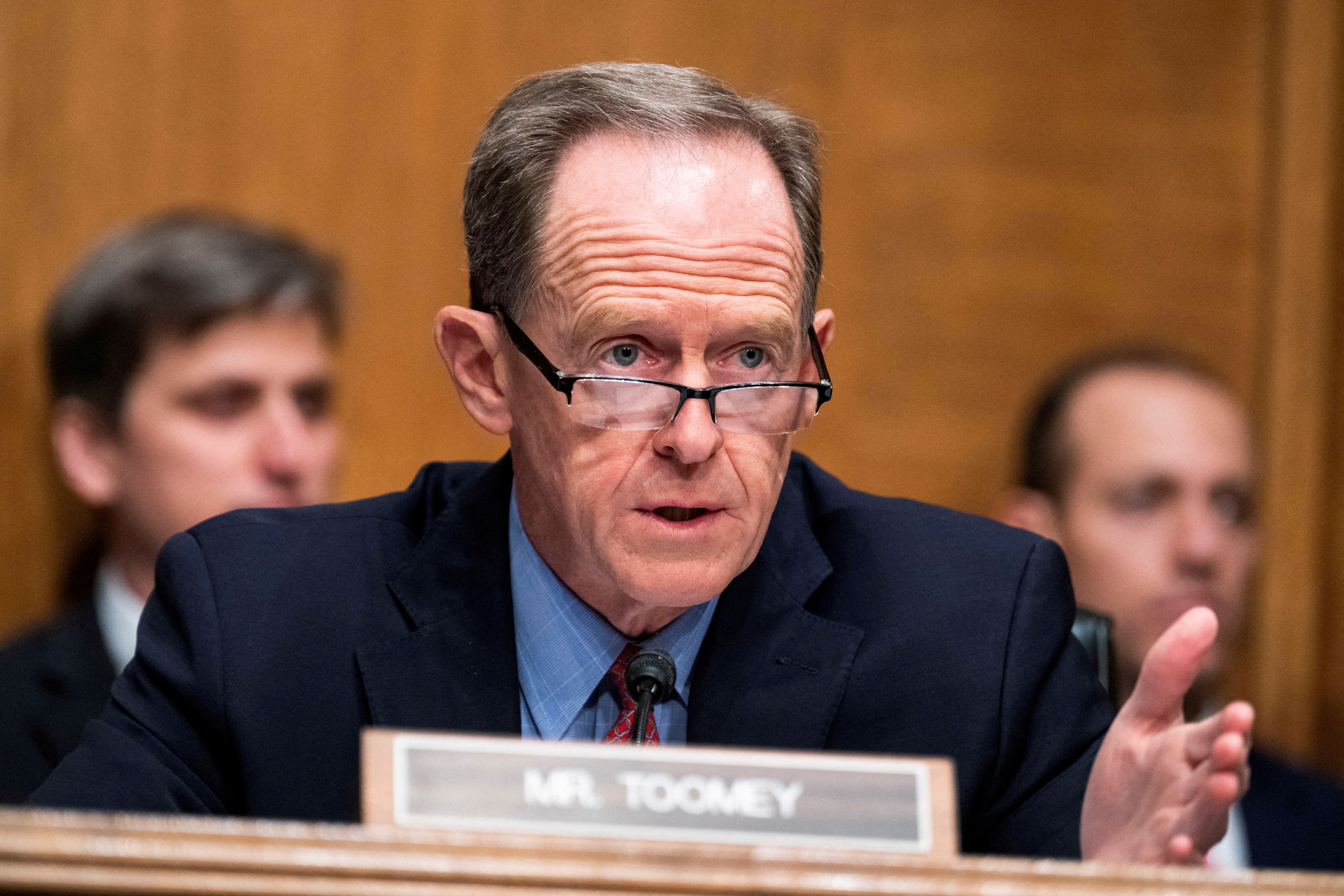 The heads of the nation's largest banks faced pointed criticism from a top Republican Thursday, as he chastised firms for "embracing a liberal ESG agenda that harms America."

Senator Pat Toomey, the senior Republican on the Senate Banking Committee, urged banks to "cease and desist" from weighing in on social and cultural issues as chief executives appeared before Congress for an oversight hearing. Toomey, who frequently backs industry calls for lighter regulations, argued firms are out of bounds when they weigh in on non-banking issues like guns and abortion.

"I can’t help but observe that when banks do weigh-in on highly charged social and political issues, they seem to always come down on the liberal side," he said in his opening statement.

The increased scrutiny underscores the challenges the country's largest lenders increasingly face as they try to balance commercial interests with pressure from policymakers, activists and investors to take stances on environmental, social and governance (ESG) issues.

CEOs were in Washington for a second day of oversight hearings. On Wednesday, executives were pressed by lawmakers to take a tougher stance on doing business with China amid growing tensions between Washington and Beijing over Taiwan's sovereignty and China's human rights record. read more