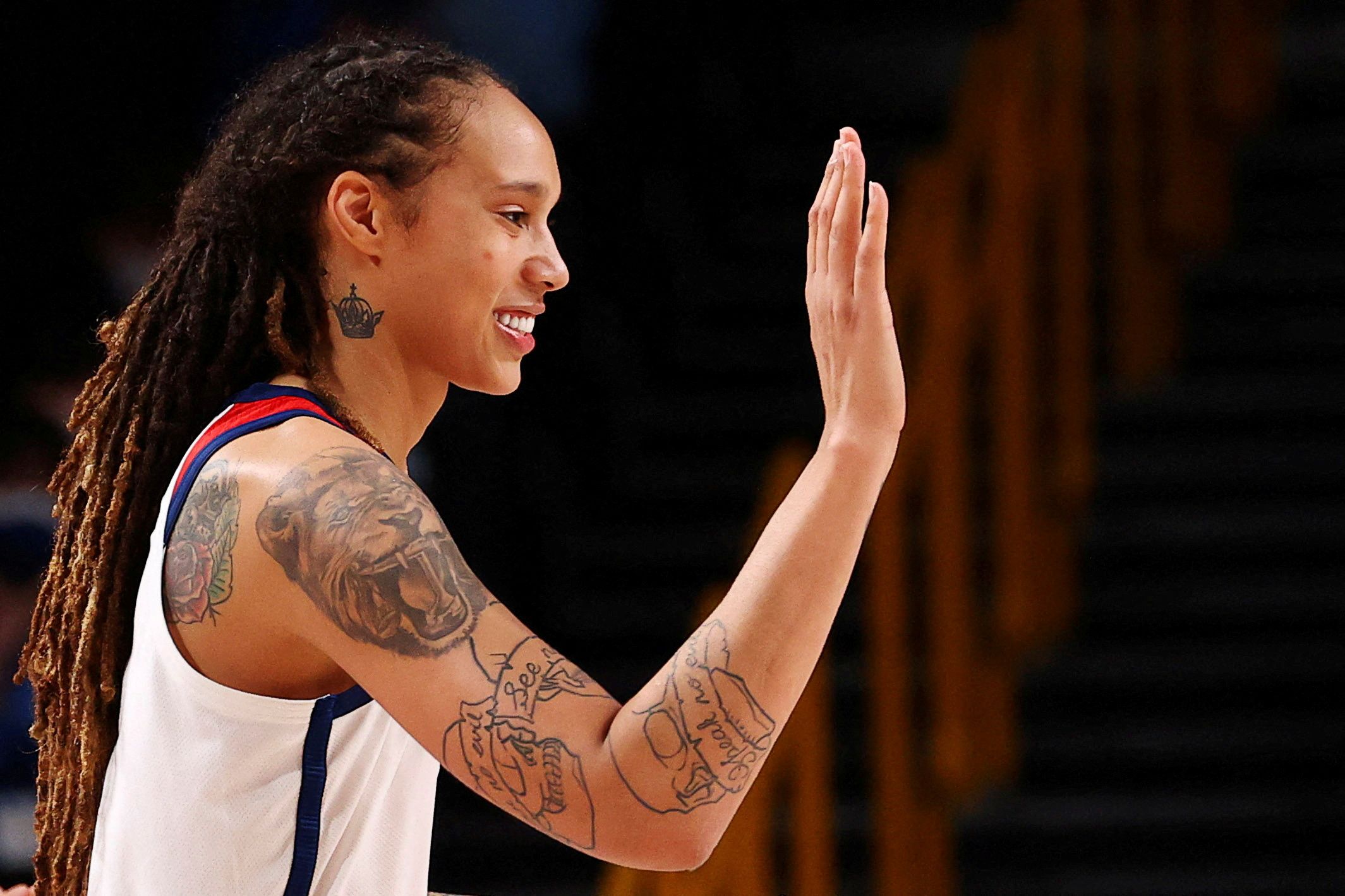 A coalition of human rights groups on Wednesday called on U.S. President Joe Biden to "make a deal" to secure the release of WNBA star Brittney Griner who has been detained in Russia for months.

Griner was taken into custody at a Moscow airport on Feb. 17 when a search of her luggage allegedly revealed multiple cannabis oil vape cartridges. She could face up to 10 years in prison. read more

Last week her pre-trial detention was extended to July 2.

U.S. Secretary of State Antony Blinken spoke on the telephone on Wednesday evening with Cherelle Griner, the wife of the two-time Olympic champion, a senior State Department official said, without giving details on the content of the call.

On Tuesday, the State Department said Griner was unable to speak to her wife over the weekend as scheduled due to a logistical issue that was compounded by Russia's restrictions on the U.S. embassy's operations in Moscow. read more

Forty advocacy groups including the National Organization for Women, Human Rights Campaign and GLAAD said they appreciated the Biden administration's efforts, which included labeling the 31-year-old "wrongfully detained" in May and assigning diplomats to work for her release.

But they said more needs to be done.

"The U.S. Government has acknowledged that Brittney is essentially a political pawn in classifying her as wrongfully detained," the groups said in a letter to Biden and Vice President Kamala Harris that was seen by Reuters.

"While these have been critically important measures, we now urge you to make a deal to get Brittney back home to America immediately and safely."

Adrienne Watson, a spokesperson for the National Security Council, told Reuters that the government is exploring all avenues to secure Griner's release.

"President Biden has been clear about the need to see all U.S. nationals who are held hostage or wrongfully detained abroad released, including Brittney Griner," Watson said in an email.

"The U.S. government continues to work aggressively – using every available means – to bring her home."

One of the brightest stars in the top-flight U.S. women's professional basketball league, Griner is a WNBA champion, seven-time All-Star and two-time Olympic gold medalist.

Griner has for years played for a Russian professional team during the WNBA off-season to help supplement her income. She is a seven-time Russian League champion.

On Monday, a Kremlin spokesman said Griner was guilty of drug offences and not a hostage. read more