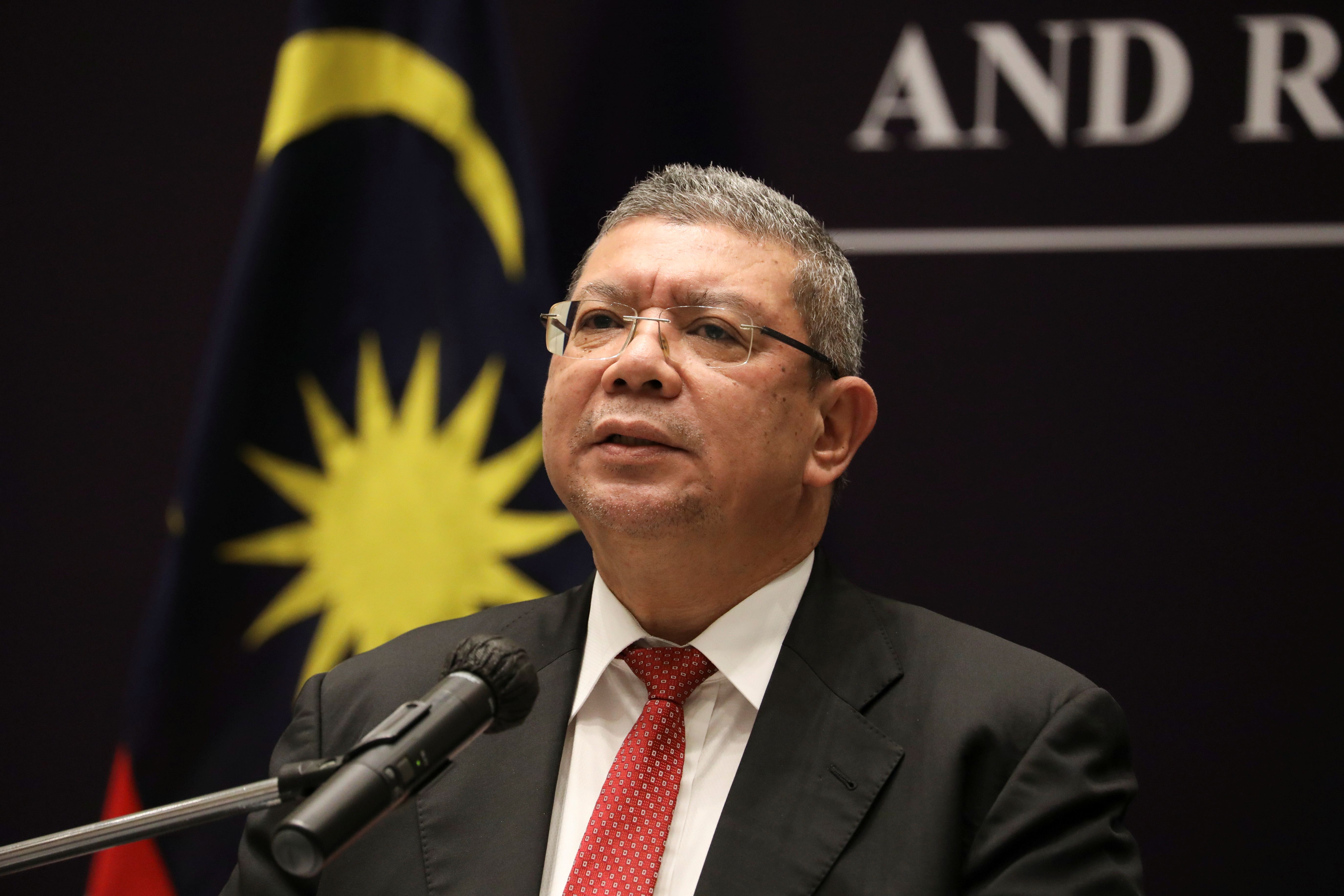 The meeting, disclosed by Saifuddin in a Twitter post late on Saturday, was held on the sidelines of a two-day summit in Washington between the United States and the 10-member Association of Southeast Asian Nations (ASEAN), which excluded Myanmar's leader over a military coup last year. read more

Myanmar has repeatedly called on countries not to engage with the NUG, a group of members from the ousted administration, and other military opponents that the junta has labelled as "terrorists". read more

In his Twitter post, Saifuddin said Malaysia "stands ready to work towards restoring peace and democracy in Myanmar" during an informal meeting with NUG Foreign Minister Zin Mar Aung.

"We took the opportunity to exchange views on latest developments in Myanmar, where Minister Zin shared insights as well as challenges faced by NUG, including humanitarian assistance, technical training and education for the Myanmar refugees," he said.

A spokesman for the Myanmar's military rulers did not immediately respond to calls seeking comment on the meeting.

Myanmar's Foreign Ministry in a statement, however, denounced reports of engagements in Washington between the U.S. State Department and NUG officials, and said it had sent protest notes to all ASEAN countries and the United States asking them to refrain from talking to the opposition government.

The ministry also said it rejected a paragraph contained in a 28-page joint statement released by the United States and ASEAN, which had called for the timely implementation of a five-point peace plan agreed to by Myanmar.

The ministry said the language used in the paragraph suggested interference in Myanmar's domestic affairs and included references to matters within its sovereign jurisdiction, "including unacceptable proposals that go beyond the Five Point Consensus."

On Friday, U.S. Deputy Secretary of State Wendy R. Sherman said she had met with NUG Foreign Minister Zin "to show support for all working to restore Burma's path to inclusive democracy".