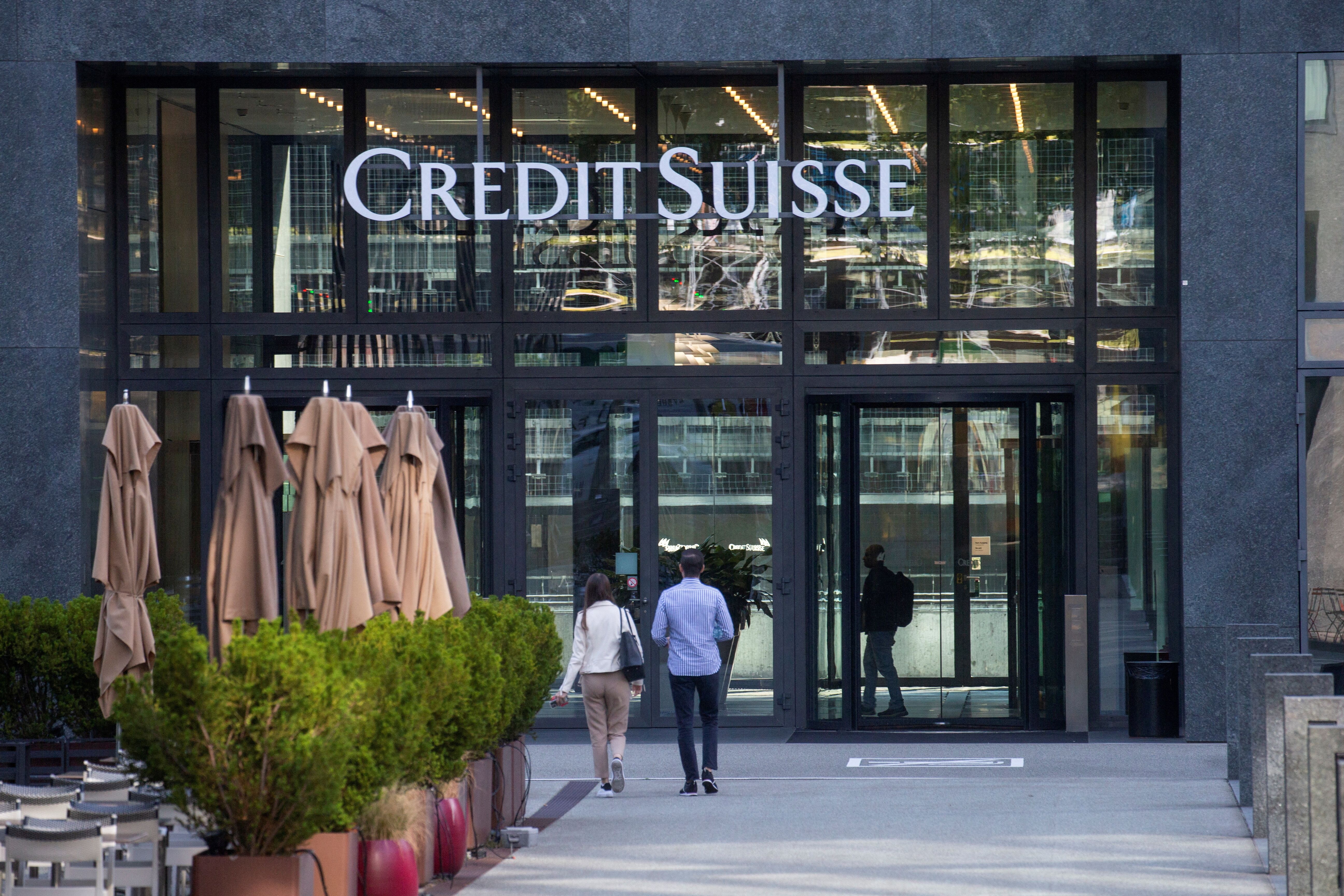 Credit Suisse is sounding out investors for fresh cash, two people familiar with the matter said, approaching them for the fourth time in around seven years as it attempts a radical overhaul of its investment bank.

The Swiss bank started in recent weeks to speak to investors about the move, the people said. Various scenarios are under discussion for the investment bank, including the most drastic option of largely exiting the U.S. market, two sources said.

It is unclear how keen investors are and interest may be dampened by the fact that Switzerland's second-largest bank, which has struggled after a string of scandals, has gathered almost 12 billion francs ($12.22 billion) in capital since 2015 - almost equivalent to its current market value.

The sources said no decisions have been made, and did not elaborate on how much cash the bank would seek to raise.

Credit Suisse shares fell by as much as 8.3% in early trade on Friday, hitting their lowest level on record. read more

"With a potential sale of the (securitised products) unit and the reduction of risks in the balance sheet, up to 4 billion Swiss francs is missing for the upcoming restructuring, the growth plans in wealth management and for the accumulation of equity capital," ZKB analyst Christian Schmidiger said.

With a market capitalisation of approximately 12.3 billion Swiss francs, this would mean "a significant dilution for the existing shareholders", Schmidiger added in a research note.

A Credit Suisse (CSGN.S) spokesperson said: "We have said we will update on progress on our comprehensive strategy review when we announce our third-quarter earnings. It would be premature to comment on any potential outcomes before then."

The spokesperson added: "Credit Suisse is not exiting the U.S. market."

Beyond the investment bank, Credit Suisse's operations in the United States include asset management.

The bank's quarterly results are due on Oct. 27.

Last year, Credit Suisse was fined for arranging a fraudulent loan to Mozambique, hit by the Archegos collapse, tarnished by its involvement with defunct financier Greensill Capital and rebuked by regulators for spying on its executives.

Under a restructuring launched by Chairman Axel Lehmann, the bank envisions shrinking its investment bank to focus even more on its flagship wealth management business.

The bank announced its second strategy review in a year and replaced its chief executive in July, bringing in restructuring expert Ulrich Koerner to scale back investment banking and cut more than $1 billion in costs. read more

Over the past three quarters alone, losses have added up to nearly 4 billion Swiss francs. Given the uncertainties, the bank's financing costs have surged. Deutsche Bank analysts in August estimated a capital shortfall of at least 4 billion francs.

Selling its business of securitising mortgages and other loans, as already flagged, could cover part of this.

There is significant interest in this business, sources said, including from financial investors, other banks and insurers. The business is profitable, but also capital intensive. One expert estimated it was worth $1 billion-2.5 billion.

In addition, other smaller businesses could be sold.

One of the sources who spoke to Reuters said avoiding a capital increase was likely to be difficult. The major investors with whom the bank is holding talks, however, are making tough demands for taking part in a capital increase.

Among members of the board of directors that will ultimately decide on strategy, opinions differ as to how radical the cut in investment banking should be.

If the bank were to exit U.S. investment banking to a large extent, certain areas key for the core business with millionaires and billionaires would shift to other parts of the bank.

Credit Suisse is also considering cutting around 5,000 jobs, about one position in 10, as part of the cost reduction drive. read more