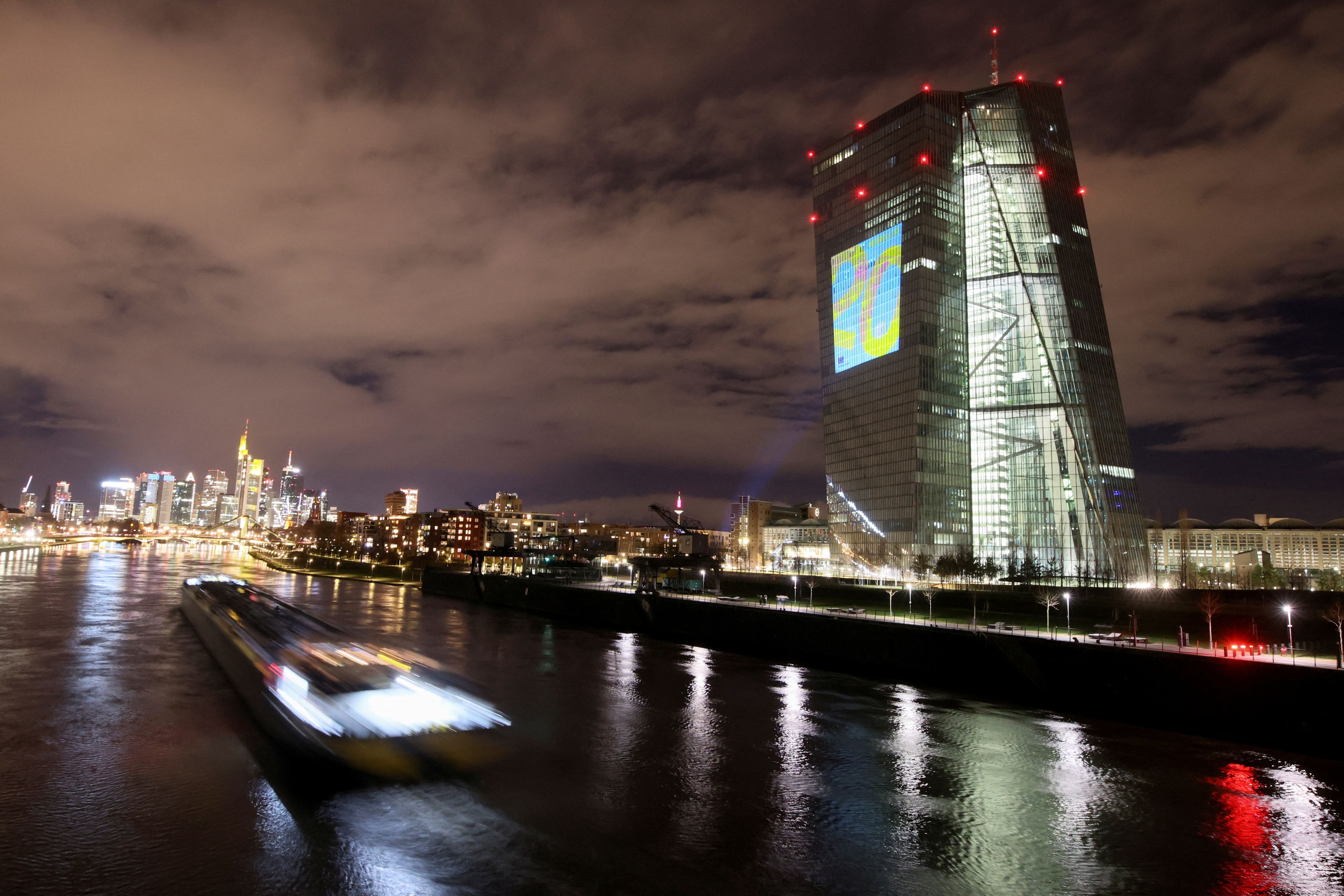 ECB to raise deposit rate to 0.75% by year-end: Reuters poll

The European Central Bank will raise its deposit rate above zero for the first time in a decade in September, according to most economists polled by Reuters, who expect it to be at least 50 basis points higher than previously anticipated by year-end.

While economists say euro zone inflation is yet to peak the ECB has given itself some room to catch up with its global peers, who are rapidly hiking rates to neutral, by planning a new instrument to limit the divergence in the bloc's bond yields. read more

The June 15-22 poll showed all but two of the 55 economists expected the ECB to deliver a quarter-point raise on July 21 to -0.25%. Two expected it to hike by 50 basis points, compared to none in the last poll.

A strong majority of 91% or 50 of 55 economists expected the Bank to hike its policy rate by 50 basis points in September, taking the deposit rate out of negative territory to 0.25%.

Last month forecasters were expecting the ECB to wait until the fourth quarter to bring the deposit rate, currently -0.50%, to positive territory.

But some forecasts for where it would be by end-December were as high as 1.25%, underscoring the possibility of bigger moves.

"The ECB is engaging in a dash to neutral to stem the rise in underlying inflationary pressures ... Risks to the near-term outlook are skewed towards a faster increase," said Paul Hollingsworth of BNP Paribas.

"Not least because of likely upside surprises from inflation, but also because the presence of a backstop facility assuages concerns to some extent about potential spillovers to peripheral spreads."

The bank's neutral deposit rate is within 1.00% to 1.75%, the poll of a smaller sample showed, and it is seen being raised to within that range next year.

The poll predicted 25 basis point hikes in the first, second and third quarters next year, pushing the deposit rate to 1.50%, within the terminal rate range of 1.25%-1.50%.

"We expect weakness in growth to become clearer in the coming months, which should keep the ECB cautious ... A modest recession is now our baseline projection," said Bas van Geffen of Rabobank.

"A recession will cause the ECB to halt its hiking cycle, but if inflation or expectations show no signs of abating, the ECB could be forced to continue regardless of such a downturn."

Economists replying to an extra question said there was about a one-in-three chance of recession within a year, slightly higher than in the last poll. Only two respondents had two consecutive quarters of contraction in their forecasts, the technical definition of recession.

The economy was expected to grow 2.6% on average during 2022 and then expand 1.8% next year, median forecasts of about 70 economists showed.

Over 70% or 25 of 34 economists said in response to an extra question that euro zone inflation was yet to peak. Twenty said it would happen in the third quarter, four said this quarter and one said in the fourth quarter.

Inflation, which hit a record high of high of 8.1% last month, is set to average 8.3% next quarter - more than four times the ECB's 2.0% target. It is then seen easing gradually, but will not be near target until the tail end of 2023.

(For other stories from the Reuters global economic poll:)