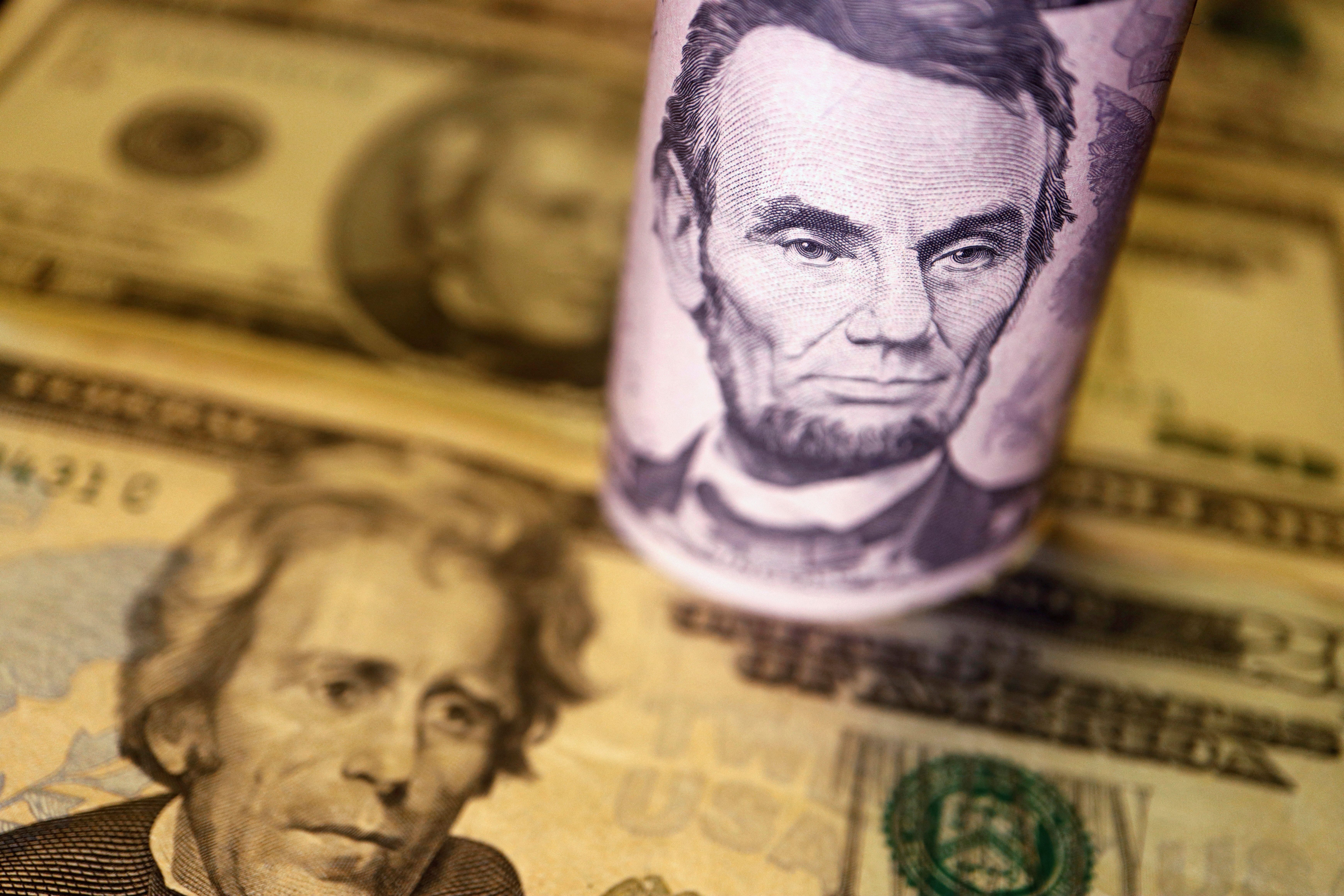 The U.S. dollar remained under pressure on Thursday as it looked set to extend declines against major peers to a fourth day, hurt by Treasury yields wallowing near two-week lows amid rising concerns of a recession.

The safe-have yen bounced, climbing back from 24-year lows to the dollar. The risk-sensitive Australian dollar dropped, and the Korean won slid to its weakest level for 13 years.

Markets have become increasingly concerned that the Fed's commitment to quelling red-hot inflation will spur a recession. Those worries sent the 10-year Treasury yields sliding to an almost two-week low.

Overnight, Fed Chair Jerome Powell said in testimony to Congress that the central bank is fully committed to bringing prices under control even if doing so risks an economic downturn. He said a recession was "certainly a possibility," reflecting fears in financial markets that the Fed's tightening pace will throttle growth. read more

Powell testifies to the House later in the global day.

Economists polled by Reuters expect another 75-basis-point hike for July, followed by a 50-basis-point rise for September. read more

"Powell's semi-annual testimony has taken some steam out of the USD, his comments regarding elevated recession risk evidently weighing more than his unconditional commitment to restore price stability," Westpac strategists wrote in a client note.

"But with 75bp still on the table for July and Fed Funds set to rise above 3% by year’s end, USD interest rate support should ultimately continue to build."

Westpac sees the risk of a pullback in the dollar index to the 102 level in the near term, but recommends buying at those levels.