Brexit – UK has lost 6.6 billion pounds in economic activity each quarter since referendum

The United Kingdom has lost 6.6 billion pounds – $8.7 billion in economic activity every quarter since voting to leave the European Union, said S&P Global Ratings, the latest company to estimate the damage from the country’s messy Brexit process, Euronews reports.

In a report published on Thursday, the ratings agency’s senior economist, Boris Glass, said the world’s fifth biggest economy would have been about 3 percent larger by the end of 2018 if the country had not voted in a June 2016 referendum to leave the bloc. 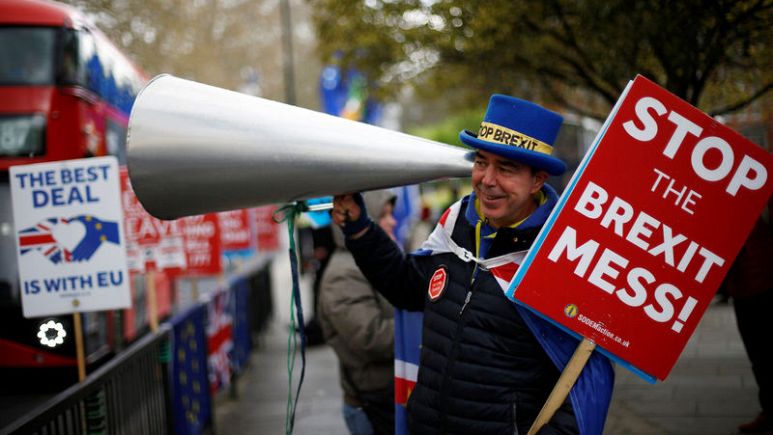 Quarterly growth rates would have averaged about 0.7 percent, rather than 0.43 percent, he said.

“Immediately after the referendum, the pound fell by about 18 percent. This was the single most pertinent indicator of the impact of the vote and the drag it created, via inflation, has been spreading through the economy,” he said.

As imports became more expensive, inflation started to rise, dampening household spending. S&P estimated inflation was 1.8 percent higher than it would otherwise have been by the third quarter 2017.

The estimate in sterling is slightly lower than an assessment by Goldman Sachs earlier this week, which pegged the cost to the economy at about 600 million pounds per week. That equates to 7.8 billion pounds a quarter, according to Reuters calculations.

The UK cannot have a Canada-style trade deal with the EU, free from the bloc’s rules, Brussels’ chief negotiator said…

Flooding after UK hit by second big storm in a week

Towns and villages across the UK were flooded after the second large storm in as many weeks, Euronews reports. Aerial…

Two killed as U.K. hit with strong winds and flooding for a second straight weekend

Rescuers found a body in rough seas following an extensive search Saturday off the coast of southeast England, as Britain…

Prime Minister Boris Johnson began reshaping his government on Thursday, in hopes of tightening his grip on power. The UK…

Britain, the United States and Turkey were on Wednesday formally asked to arrest senior officials from the United Arab Emirates…