U.S. President Donald Trump will be in Britain June 3 on a state visit by invitation of Queen Elizabeth II and participate in events commemorating the 75th anniversary of D-Day, VOA reports.

This will be the second time Trump has gone to Britain since taking office, after a working visit in July of last year.

A state visit involves more pomp and pageantry, and the host country pays the costs. An invitation was extended after Trump took office but was delayed for a number of reasons, including security.

“There is an enormous controversy surrounding a state visit for Donald Trump,” said Charles Kupchan, senior fellow at the Council on Foreign Relations. The biggest news of the visit is that it’s happening, he said. “It was on again off again, on again off again.”

Trump will take part in the 75th anniversary of the D-Day invasion, in which 150,000 Allied troops pushed German forces from France. He will attend events in Portsmouth, and in Normandy, France, alongside French President Emanuel Macron.

The president will attend a state banquet at Buckingham Palace and cultural engagements with members of the Royal Family. 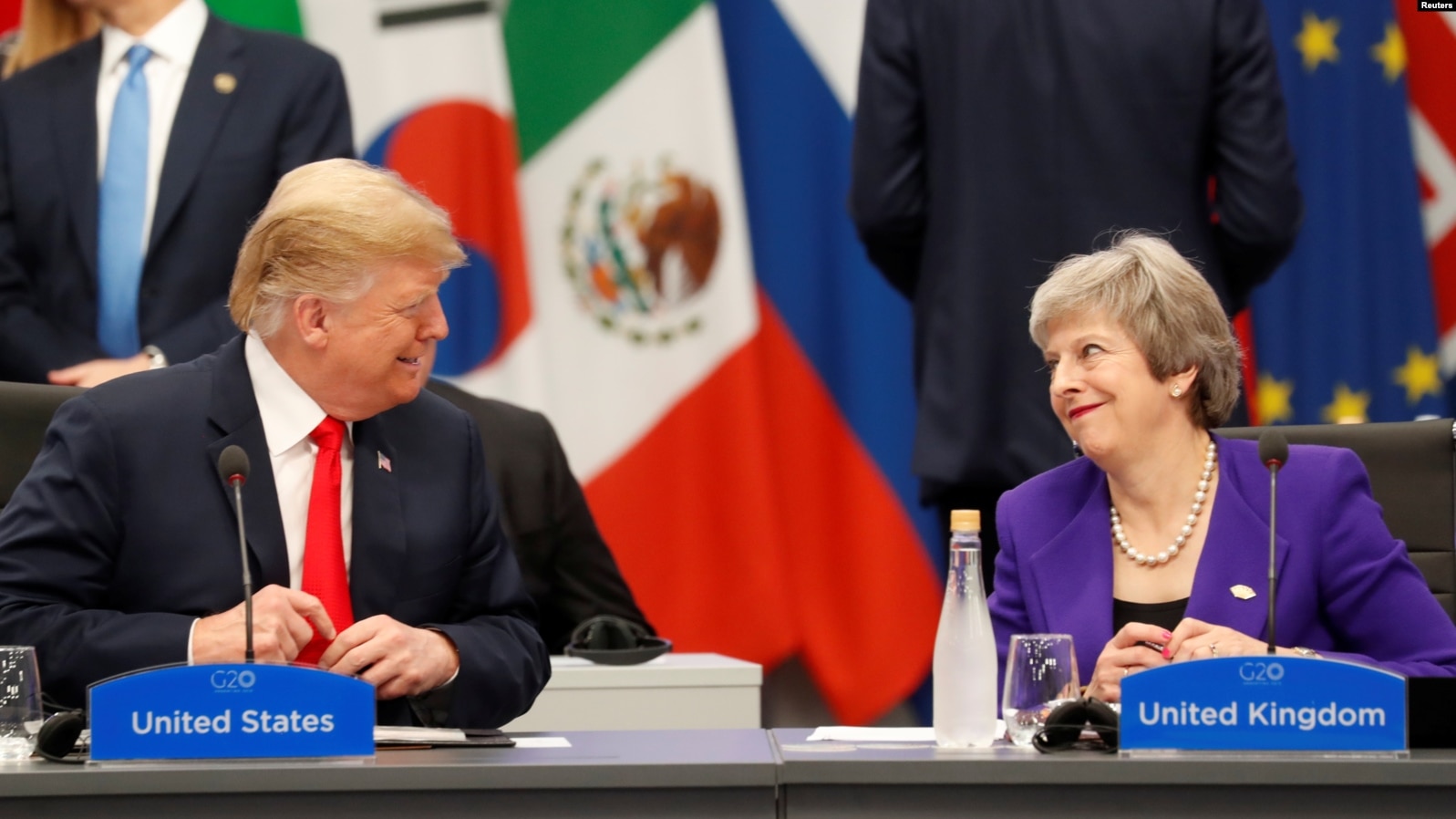 May resigns after Trump leaves

Trump is scheduled to hold a bilateral meeting with Prime Minister Theresa May, who is resigning June 7, two days after Trump departs, over failure to reach a deal on Britain’s exit from the European Union.

Trump, a Brexit supporter, has in the past criticized May’s handling of the issue. He has in some ways reached out to the Brexiteers, Kupchan said, and told May at one point that “she’s not firm enough, she’s not getting out quickly enough, and completely enough.”

Still with May having recently announced her resignation, the expectation is that Trump would speak highly of her in his public appearances with her and wish her all the best, said Jacob Parakilas, an analyst at the Chatham House in London. But he added that there’s not much depth to the relationship.

“I don’t think the two of them see eye-to-eye or have pretty strong personal bond,” he said.

Meeting with Johnson or Farage?

On Thursday, days before his departure, Trump said he may meet with Boris Johnson and Nigel Farage, pro-Brexit politicians seeking to replace May.

“It’s not my business to support people. But I have a lot of respect for both of those men,” Trump said.

On a briefing call to reporters, a White House senior official would not confirm whether such a meeting would take place.

Trump and May could still discuss major issues related to the current U.S.-U.K. relationship, including negotiations on a trade agreement.

The U.K. is keen to begin bilateral trade conversations with the U.S., said Kupchan, as it anticipates no longer being part of the EU.

Kupchan said the president will want an update on where things stand with Brexit. Although that may not be a very long conversation because “the balls are still up in the air,” he said.

Officials are also expected to discuss how to deal with Chinese investments and Huawei in particular, said Parakilas. He said the U.S. has taken a much more hard-line approach than the U.K. on this issue as well as on confronting Iran, which the U.S. under the Trump administration has much more appetite for, than either the U.K. or France.

Britain reports number of coronavirus cases has risen to 23

The number of people infected with coronavirus in the United Kingdom had risen to 23 on Saturday, after three more…

Greta Thunberg denounced politicians and the media on Friday for ignoring a looming climate cataclysm, saying that they were failing…

Pope Francis is sick and he skipped a planned Mass with Rome clergy across town on Thursday, officials said, VOA…

Trump: US ‘Totally Prepared’ for Coronavirus

U.S. President Donald Trump said Wednesday he thinks the spread of a new coronavirus in the United States is avoidable…

Trump to Hold News Conference on Coronavirus US Threat

President Donald Trump said he’ll discuss the coronavirus threat  at a White House news conference Wednesday, a day after he…