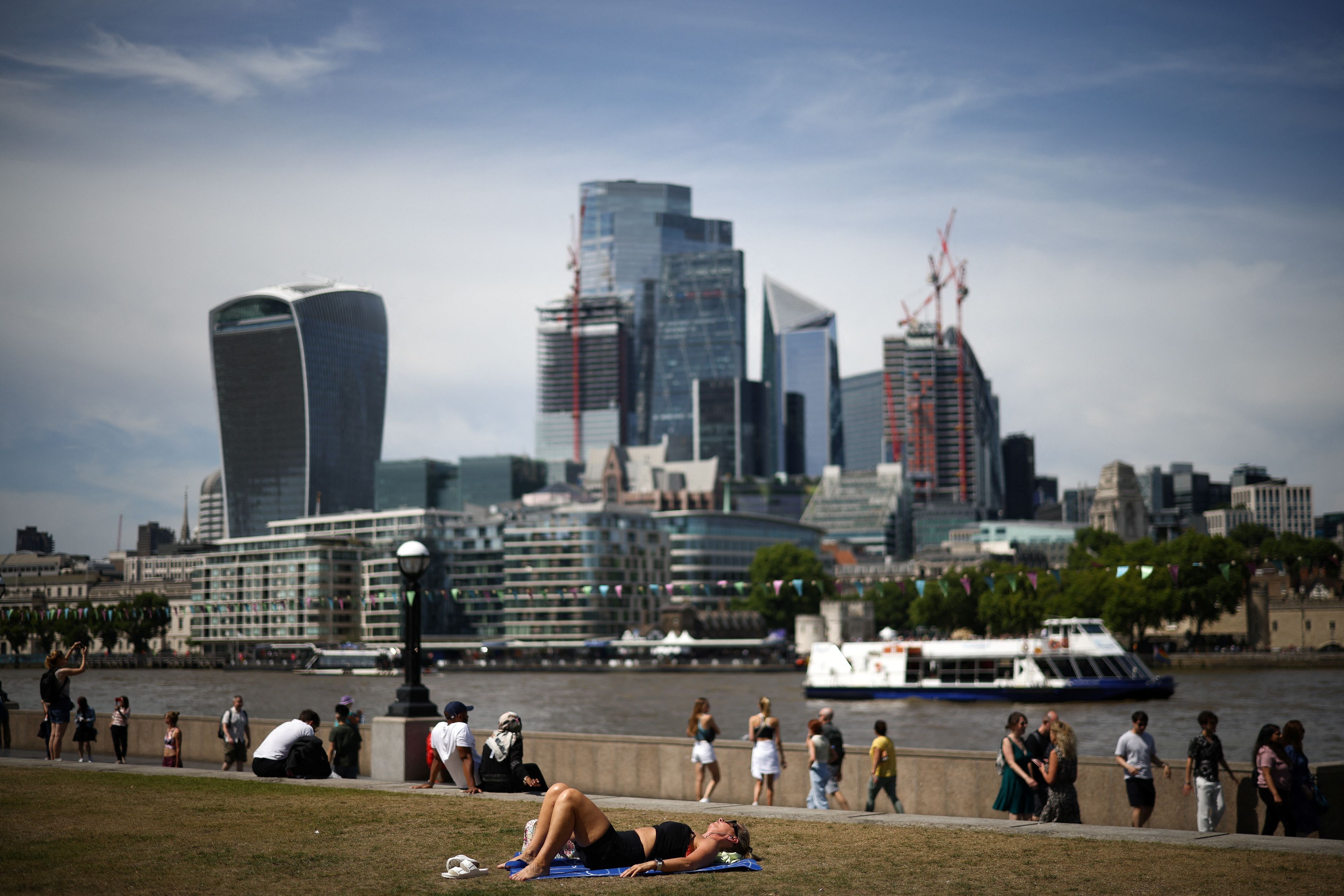 Britain will scrap a cap on banker bonuses, its new finance minister said on Friday, pledging an ambitious deregulation of London's financial industry to boost growth, but sparking fury from critics for helping the rich in an economic downturn.

The cap limits bonuses to twice a banker's basic salary, with shareholder approval, and was introduced in the European Union to curb excessive risk taking after taxpayers had to bail out lenders in the global financial crisis.

Britain and the Bank of England have always opposed the cap, introduced in 2014, saying it simply bumps up basic pay, and both new Prime Minister Liz Truss and Finance Minister Kwasi Kwarteng had said they intended to scrap it as part of a deregulation drive following Britain's withdrawal from the EU.

"We need global banks to create jobs here, invest here and pay taxes here in London, not in Paris, not in Frankfurt and not in New York," Kwarteng told parliament, announcing a raft of tax cuts and policy changes dubbed a 'mini-budget' by the media.

"All the bonus cap did was to push up the basic salary to bankers or drive activity outside Europe, it never capped total remunerations... As a consequence of this ... we are going to get rid of it."

The decision comes at a sensitive time, however, in the midst of a cost of living crisis that has forced the government to spend tens of billions to help households and businesses pay their energy bills.

"This should have been a cost of living budget, but instead it's a bankers’ budget," said Fran Boait, executive director at Positive Money, which campaigns for a fair financial system. "Rather than handouts for the richest, a much better use of borrowing would be public investment," she added.

Banks and finance recruiters have said scrapping the bonus cap would likely take time to have an effect - as many bankers had their fixed pay lifted in recent years to make up for constrained bonuses. The banking industry had been prioritising other demands to boost competitiveness, including scrapping government levies on bank profits. read more

A source at a major U.S. bank, who declined to be identified, said scrapping the bonus cap had not been a priority for investment banks, but said steps to improve London's competitiveness were welcome.

Others expressed unease at the move.

"To many who were scarred by the consequences of the 2008 global financial crisis and the banking scandals that accompanied it, news that caps on bankers' bonuses may be abolished will trigger a response bordering on visceral," said Michael Barnett, a partner at Quillon Law.

"Reintroducing what is perceived as one of the more insidious elements of a culture that no-one wants to see return carries risks that incentivising the sale of financial products will always bring."

Scrapping the cap will deliver greater flexibility for banks to compete with overseas rivals, but it may also bring reputational challenges, consultants PwC said.

The Bank of England has said other UK restrictions on bonuses, such as limiting how much can be paid upfront in cash and 'clawback' of a bonus if there has been misconduct, should remain.

The CityUK, which promotes UK financial services abroad, said Britain must make a competitive and compelling offer to lift growth, but there is no magic bullet.

Lawmaker John Glen told Kwarteng the biggest concern banks had while he was minister for the City of London financial district was the overall tax burden and "I would urge him to keep a focus on the global competitiveness of that".

The City of London is largely locked out of the EU since Brexit and financial services were excluded from the UK's trade deal with the bloc.

Britain has already set out a draft law before parliament to make its capital market and system of financial rulemaking more efficient as the City faces added competition from Amsterdam, Paris and Frankfurt.

Truss has signalled she wants to go further to "unshackle" the City from remaining rules inherited from the EU.

Kwarteng said the financial services sector would be at the heart of the government's programme to drive growth in the economy.

"To reaffirm the UK's status as the world's financial services centre, I will set out an ambitious package of regulatory reforms later in the autumn," Kwarteng said.

The finance ministry said in documents accompanying Kwarteng's speech that the "deregulatory" package will unleash the potential of the sector.

"This will include the government plan for repealing EU law for financial services and replacing it with rules tailor made for the UK, and scrapping EU rules from Solvency II to free up billions of pounds for investment," the ministry said.

The Bank of England has already proposed easing Solvency II, a set of capital requirements for insurers inherited from the EU, but insurers want more capital released. read more