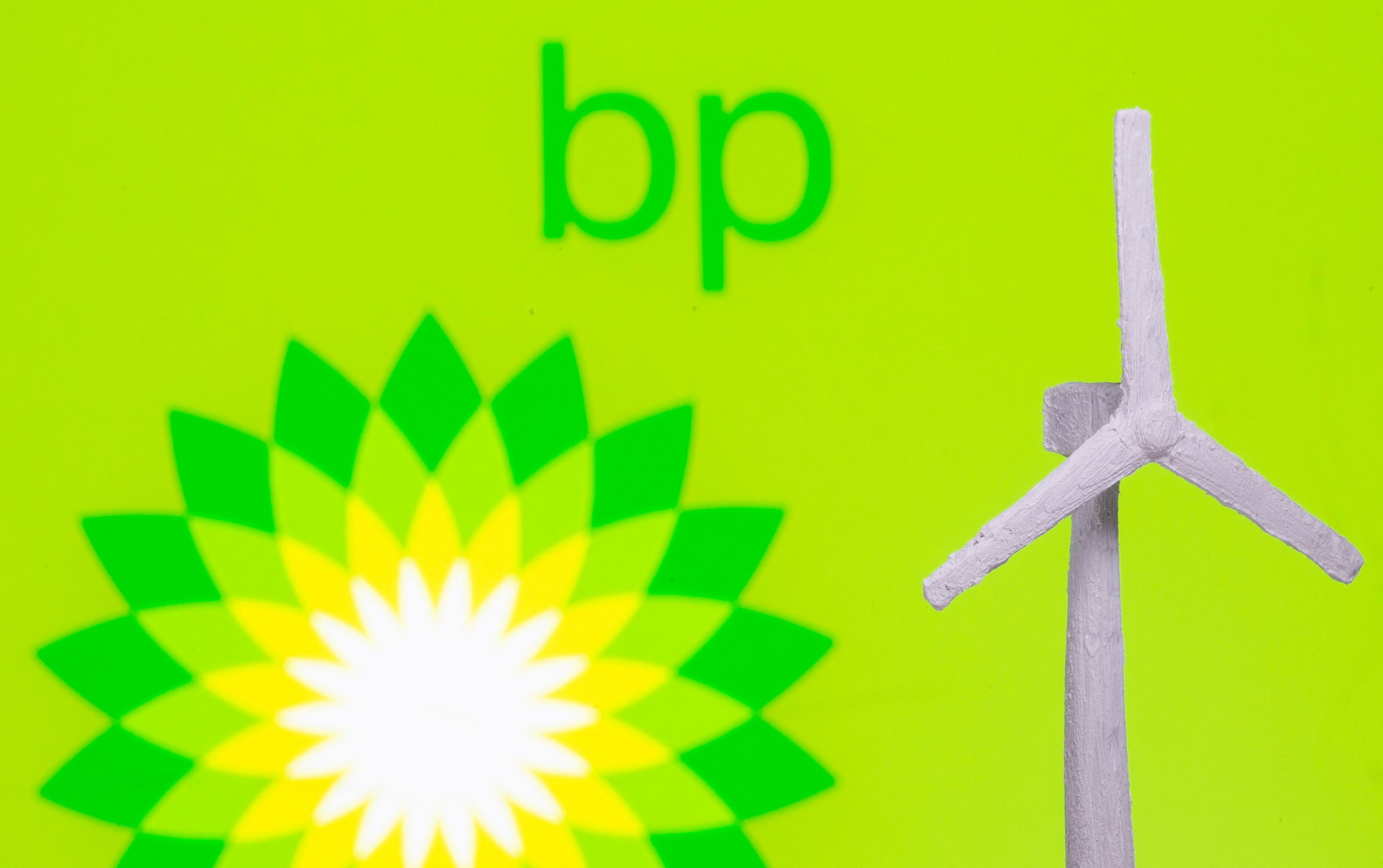 Oil major BP plans to build a vast carbon capture project beneath the North Sea that would be crucial to Britain hitting its emissions targets. Power giant Orsted aims to build a huge offshore windfarm to help the country meet renewable goals.Thomson Reuters

The problem is, the seabed's double-booked, and something has to give.

Britain granted preliminary licences for both proposed projects more than a decade ago, when an overlap of about 110 sq km on the sea floor wasn't seen as posing an insurmountable obstacle to either technology, according to planning documents reviewed by Reuters, the companies involved and UK authorities.

Now, though, a dispute is unfolding between BP and Orsted over primacy in this "Overlap Zone" shared by the Hornsea Four windfarm and Endurance carbon capture and storage (CCS) sites off the English county of Yorkshire.

The standoff has been fuelled by studies that highlighted the risk of boats used to monitor carbon leaks colliding with wind turbines fixed to the sea floor. Last year the North Sea Transition Authority (NSTA), which regulates offshore energy activity, concluded that large crossovers between such ventures were unfeasible with current technology.

"At the time these rights were granted, it was unclear how the emergent technologies would develop," England's Crown Estate licensing agency told Reuters, referring to the windfarm and CCS licences the government awarded in 2010 and 2011, respectively.

BP is unwilling to switch to a costlier boat-free monitoring system and Orsted to cede territory, with both saying such concessions would hit their commercial prospects.

This largely unreported clash risks undermining Britain's drive to meet its climate goals, according to the companies involved and a North Sea green transition expert. Endurance's capacity alone could account for at least half of the 20-30 million tonnes of CO2 the nation aims to capture a year by 2030.

"Resolution of the conflict between the renewable technologies, and having a due process that determines whether a windfarm, carbon store or other source of energy has primacy in an area of overlap, is crucial if the UK is going to achieve its net-zero targets," said John Underhill, geoscientist and director for Aberdeen University's Centre of Energy Transition.

Britain's eastern seaboard, which boasts the favourable geological formations for carbon storage and the shallow waters for fixed-bottom offshore windfarms, is shaping up to be a key battleground for the competing green technologies in coming years, they said.

"Offshore wind has obviously come forward quite quickly since 2015, this has resulted in an increased pressure for sea floor space," said Chris Gent, policy manager at the European carbon capture trade association CCSA, adding that this presented a real challenge for licensing authorities.

Britain's BP and Danish renewables company Orsted say they are committed to finding a solution to their dispute, which is coming to a head in the coming months; British authorities are due to decide whether to give Hornsea Four the final go-ahead on Feb. 22, while BP and its partners plan to make a final investment decision on Endurance this year.

It's not just climate targets that are at stake, there's also a lot of money riding on the projects, which would together cover about 500 sq km of the seabed. BP didn't give a cost estimate for Endurance, while Orsted pegged its windfarm at up to 8 billion pounds ($9.9 billion).

BATTLE FOR THE OVERLAP ZONE

The British government acknowledged the problem.

When asked about how two such projects can end up in the same area, the Department for Business, Energy and Industry told Reuters the government had set ambitious targets for deploying offshore CCS and windfarms, which were both key to its efforts to reach net-zero emissions by 2050.

"We are aware that in some cases there may be technical challenges to the coexistence," it added.

In an effort to resolve conflicts and avoid future ones, UK authorities set up an offshore wind and CCS forum of regulators and industry figures in 2021 to develop better coordination.

BP, Orsted and Crown Estate told Reuters they had been discussing solutions to coexistence for several years, though they didn't comment on how their views had evolved over the past decade on the overlap risks associated with the technologies.

An Orsted planning document published by UK authorities on Jan. 17 included a report by a group representing BP and its Northern Endurance Partnership (NEP) project partners, in which the CCS scheme ruled out sharing the territory.

"It was originally anticipated that it could be possible for Hornsea Project Four and the NEP Project to co-exist in the Overlap Zone," said the report by Net Zero Teesside, dated July 2022. "However, after extensive analysis, BP and its NEP partners have concluded that coexistence across the entirety of the Overlap Zone is not feasible."

BP has expressed scepticism a compromise can be found in time, saying it needs certainty about the fate of the zone ahead of its final investment decision to enable CO2 injection to start at the project in 2026 as planned.

"It is not realistic for any new robust and reliable solution to come forward within this or a comparative timescale," it said in a March 2022 submission to UK authorities. "NEP will be unable to attract debt financing if the risks attached to the project's financial viability are high," it added in another March 2022 submission.

Orsted said in its planning documents, published the same month, that a sparser turbine layout that could mitigate boat access issues would reduce Hornsea Four's annual energy production by 2.5%.

"This would have the impact of making the project far less commercially competitive," it added.

The windfarm's planned capacity of 2.6 gigawatts (GW) would help Britain move towards its goal of increasing offshore wind capacity from 11 GW in 2021 to 50 GW by 2030, a drive requiring huge investment in new offshore infrastructure in the North Sea.

Despite the obstacles, talks continue.

BP said it was committed to a mutually acceptable outcome through ongoing commercial discussions, while Orsted said it was confident an agreement could be reached to allow both projects to move forward.

There is hope on the horizon for wind and CCS projects that share ground, say regulators and industry experts.

Even when the NSTA regulator poured cold water on big shared areas, it stressed that technical advances could change the calculus. It added that alternative methods of CO2 monitoring were still in development stages or more expensive, increasing costs in a CCS sector where profits are already elusive.

The leading contender, ocean bottom nodes (OBN) fixed to the seabed, could do much of the work of the seismic data boats. However Ronnie Parr, senior geophysicist at the NSTA, said that while OBN costs were expected to fall, they would probably still cost three or four times more than using boats.

The regulator was clear.

"Based on current technologies, large physical overlaps between carbon storage sites and windfarms are presently considered not to be feasible," it said in its August 2022 report.

A key moment looms next month when government planners are due to decide whether to grant the final green light to Hornsea Four.

While Endurance and its umbrella project, the East Coast Cluster, also face regulatory hurdles, the cluster was earmarked by the government in 2021 for a speedier development process.

With no breakthrough in sight between the companies, the same problem might rear its head elsewhere, according to Underhill at Aberdeen University, who highlighted the need for further CCS sites if Britain is to hit carbon-capture targets.

Other similar co-location sites include the planned Acorn carbon project off Scotland, which has an overlap with the MarramWind offshore windfarm, according to the NSTA and Underhill.

Shell and ScottishPowerRenewables, which secured initial rights to develop MarramWind a year ago, said discussions with Acorn were ongoing. Shell, also a developer on Acorn, added both projects were at a very early stage and that the overlap was not of a significant scale.

Underhill also pointed to decommissioned gas field Pickerill as a potential CCS site in the future but said existing plans to construct the Outer Dowsing windfarm could create problems.

David Few, Outer Dowsing's project director, said the windfarm was on track to power 1.6 million homes by the decade's end.