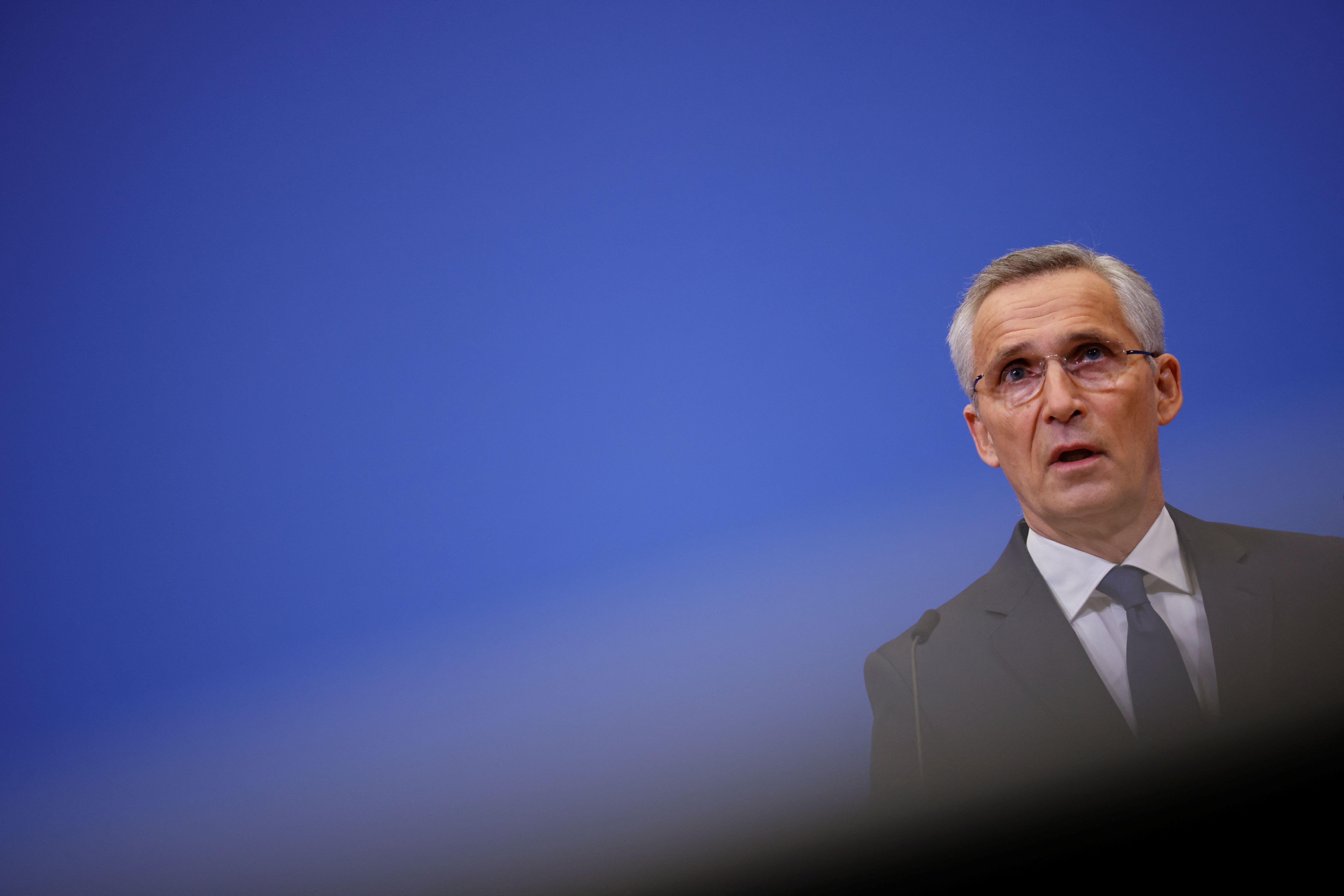 Much of Ukraine remained without heat or power after the most devastating Russian air strikes on its energy grid so far, and in Kyiv residents were warned to brace for further attacks and stock up on water, food and warm clothing.[1/3] NATO Secretary General Jens Stoltenberg speaks during a news conference at the Alliance's headquarters in Brussels, Belgium November 25, 2022. REUTERS/Johanna Geron

* NATO's Stoltenberg said there would be no lasting peace in Ukraine if Russia won the war, adding that the Western military alliance would not back down its support for Kyiv.

* Russia's latest barrage killed 11 people and shut down all of Ukraine's nuclear plants for the first time in 40 years.

* Viewed from space, Ukraine has become a dark patch on the globe at night, NASA satellite images showed.

* The war's first winter will now test whether Ukraine can press on with its campaign to recapture territory, or whether Russia's commanders can halt Kyiv's momentum.

* More than 15,000 people have gone missing during the war in Ukraine, an official at the International Commission on Missing Persons (ICMP) said.

* A disabled mother in recently liberated Kherson is searching for her son, taken by Russian soldiers three months ago and never seen again.

"Where is he now? I don't know. I would go to the end of the world to find out. He's my only son. He was always nearby. Now..." said one legged Anna Voskoboinik in her wheel-chair, tearing up.

* Putin will on Friday meet the mothers of soldiers fighting in Ukraine, the Kremlin said, as the conflict that has killed tens of thousands of soldiers grinds into its 10th month.

* British foreign minister James Cleverly will pledge millions of pounds in further support for Kyiv during a visit to Ukraine to ensure the country has the practical help it needs through the winter, his office said.

* Ukraine's grain exports have gotten off to a slower start after a U.N.-brokered deal was extended last week to help ease global hunger, and one Ukrainian envoy put part of the blame on Russia's reluctance to speed up ship inspections.

* Russia does not plan to supply oil and gas to countries supporting a price cap on Russian oil, the Kremlin said, but will make a final decision once it analyses all the figures.

"There is no split, there is no schism among Europeans and we have to preserve this. This is our mission number one this year," Zelenskiy said.