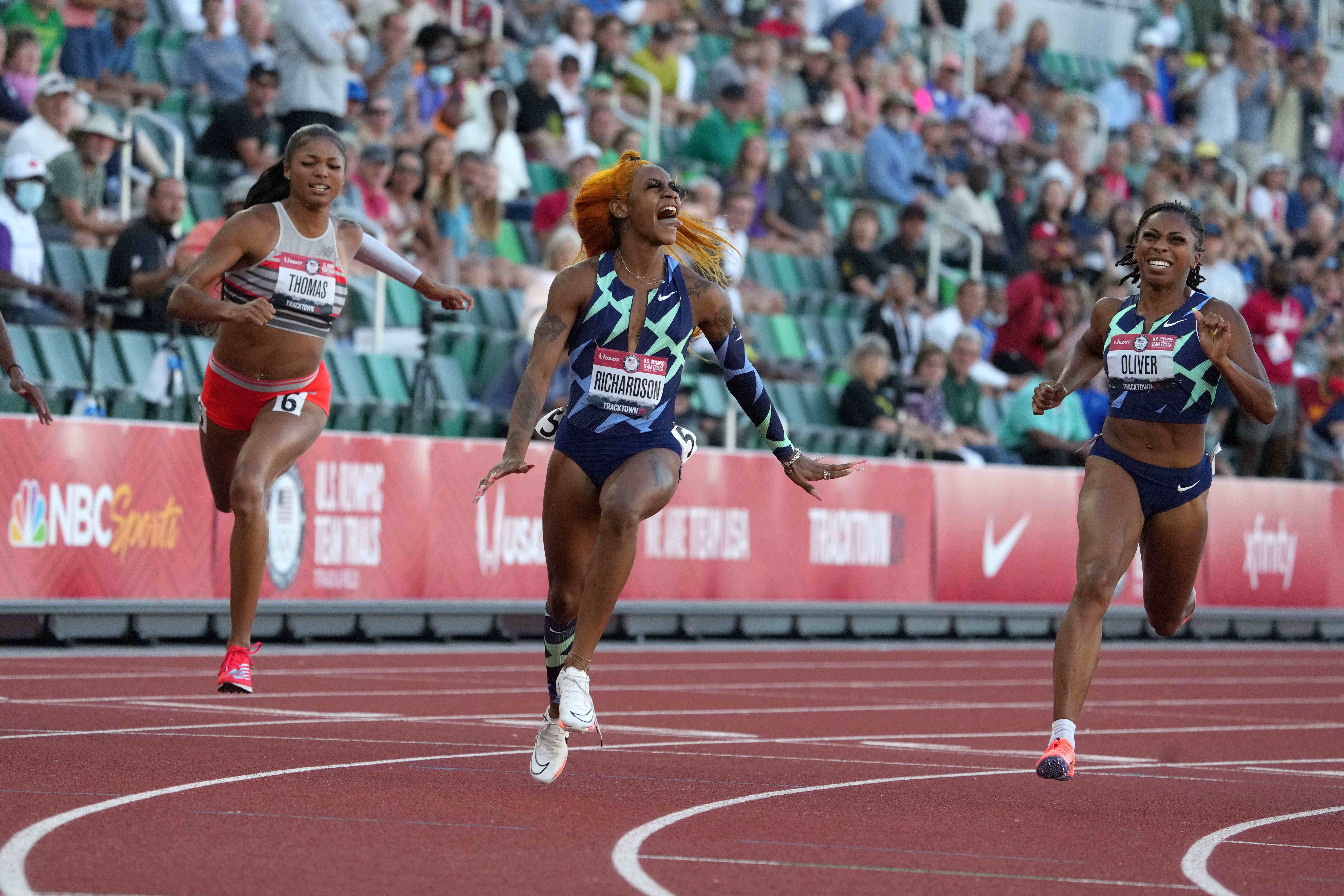 Richardson fails to advance in 100 metres at U.S. championships

American fan-favourite Sha'Carri Richardson failed to advance in the women's 100 metres at the U.S. championships on Thursday, stunning onlookers and ending her hopes of competing in the event at the World Championships.

Richardson got off to a rough start and never fully recovered, walking past members of the media after finishing fifth in her heat in 11.31 seconds, a far cry the speedy, 10.85-second performance she produced in New York earlier this month.

The top three finishers in the Eugene, Oregon, meeting who meet certain qualifying standards, and reigning global title-holders advance to the first world championships ever to be held in the United States at the same track starting on July 15. read more

Richardson was among the favourites in the event, after dominating at the U.S. Olympic trials a year ago, only to see her ticket to Tokyo evaporate following a positive cannabis test.

She is still expected to feature in the 200 metres.