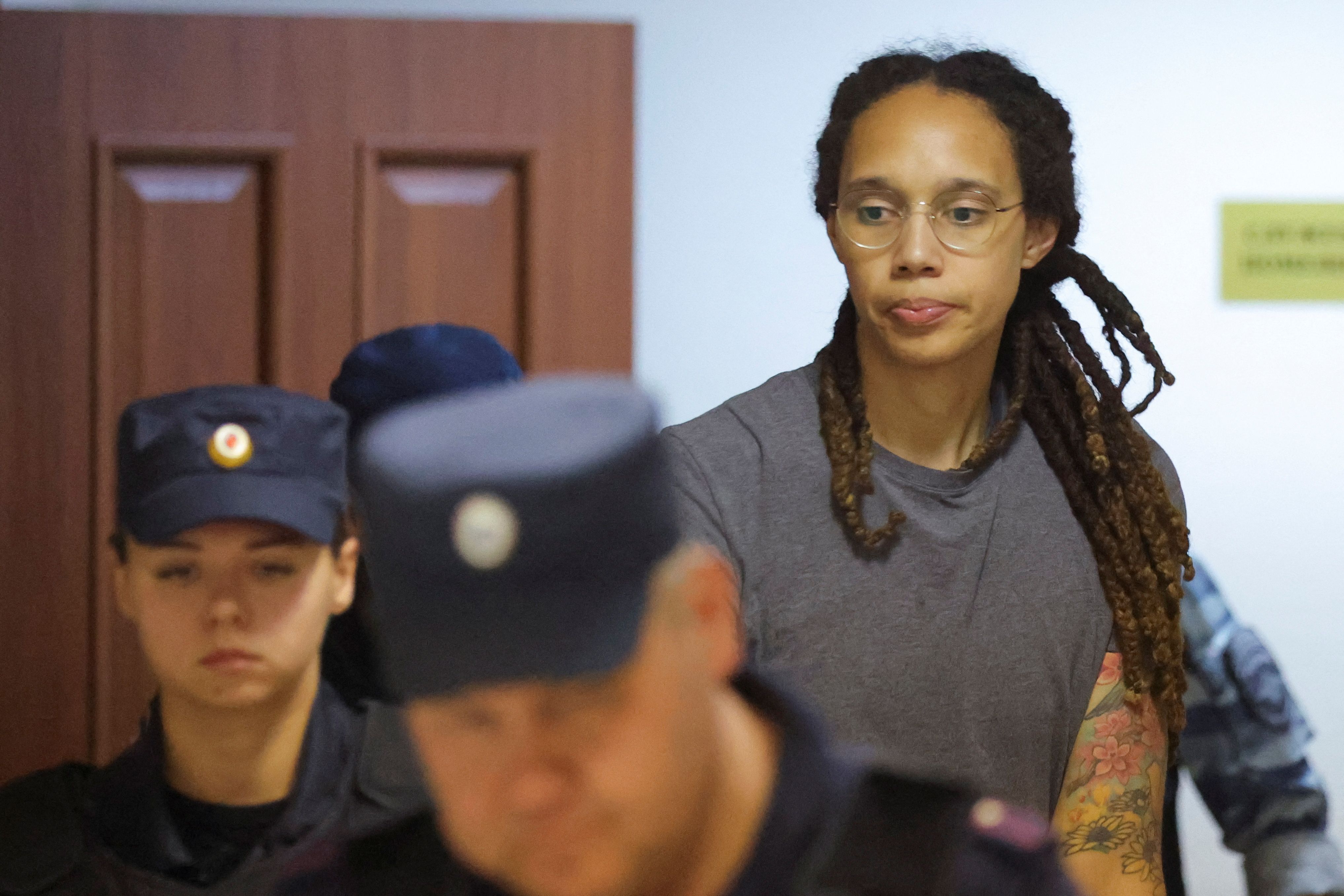 Following are reactions after U.S. basketball star Brittney Griner was sentenced in a Russian court on Thursday to nine years in prison for illegally bringing hashish-infused vape cartridges into the country. She had admitted having the cartridges but called it an honest mistake. read more

GRINER, BEING LED OUT OF COURT IN HANDCUFFS

"She is very upset, very stressed. She can hardly talk. It's a difficult time for her.

"When we saw Brittney on Tuesday, we told her, 'See you on Thursday'. She said, 'See you on doomsday'. So it looks like she was right."

GRINER'S DEFENCE TEAM, WHICH SAID IN A STATEMENT IT WOULD APPEAL

"Taking into account the amount of the substance - not to mention the defects of the expertise - and the plea, the verdict is absolutely unreasonable."

"Today, American citizen Brittney Griner received a prison sentence that is one more reminder of what the world already knew: Russia is wrongfully detaining Brittney.

"It's unacceptable, and I call on Russia to release her immediately so she can be with her wife, loved ones, friends, and teammates."

"Today's sentencing of Brittney Griner was severe by Russian legal standards and goes to prove what we have known all along, that Brittney is being used as a political pawn. We appreciate and continue to support the efforts of @POTUS (Biden) and @SecBlinken to get a deal done swiftly to bring Brittney, Paul and all Americans home.

"... This is a time for compassion and a shared understanding that getting a deal done to bring Americans home will be hard, but it is urgent and it is the right thing to do. #WeAreBG"

"Today's verdict and sentencing is unjustified and unfortunate, but not unexpected and Brittney Griner remains wrongly detained.

"The WNBA and NBA's commitment to her safe return has not wavered and it is our hope that we are near the end of this process of finally bringing BG home to the United States."

"While we knew it was never the legal process that was going to bring our friend home, today’s verdict is a sobering milestone in the 168-day nightmare being endured by our sister, BG.

"We remain heartbroken for her, as we have every day for nearly six months."

USA BASKETBALL, IN A STATEMENT

"We continue to support BG however we can and remain engaged with the U.S. State Department as it works diligently to being her home. The bravery Brittney is demonstrating in the face of these unimaginable circumstances speaks to the person she is and the strength she possesses.

"We will not be satisfied until BG is back in the U.S. and reunited with her loved ones, teammates and fans."

"Whatever conversations Secretary Blinken and his Russian counterpart need to have, we trust that they are having them with all deliberate speed. Because it's time. It's just time. This is critically important to BG, to her family, to our country. We're counting on this Administration."