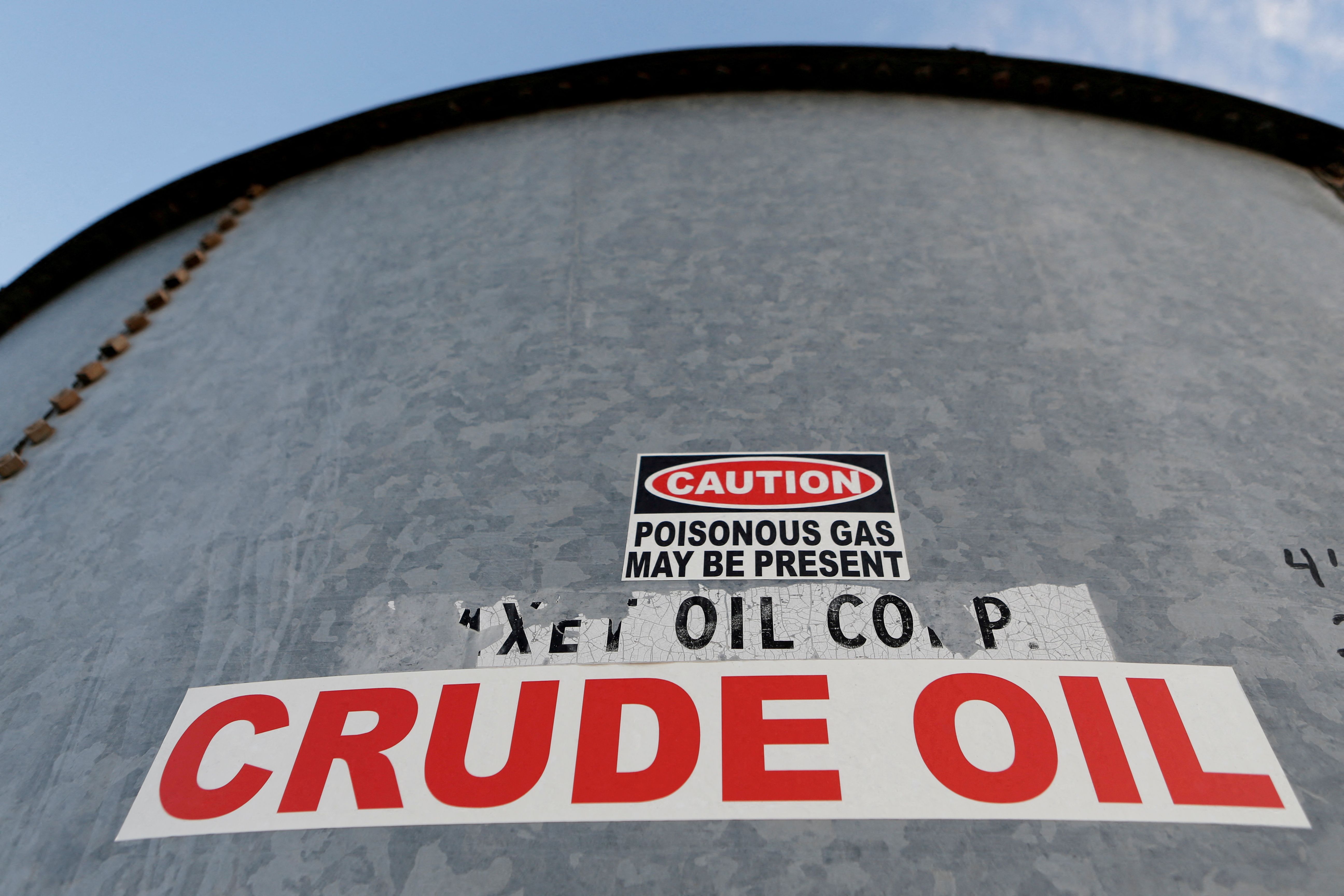 Oil slumps by more than $5 as Biden expected to cut U.S. fuel cost

Oil prices tumbled by more than $6 a barrel on Wednesday amid a push by U.S. President Joe Biden to cut fuel costs for drivers in the latest episode to aggravate relations between the White House and the U.S. oil industry.

The contracts earlier hit their lowest levels since May 19 and 12, respectively.

Biden on Wednesday is expected to call for temporarily suspending the 18.4 cents per gallon federal tax on gasoline, a source said, as the United States, the world's largest oil consumer, struggles to tackle soaring gasoline prices and inflation. read more

"The latest in a long line of attempts to temper surging prices at the pumps is having the desired effect. Yet whether this knee-jerk reaction will stand the test of time is by no means guaranteed," said PVM's Stephen Brennock, pointing to an expected summer demand surge.

Biden is expected to make the announcement at 1800 GMT. On Thursday, seven oil companies are set to meet the president under pressure from the White House to drive down fuel prices as they make record profits.

Chevron (CVX.N) CEO Michael Wirth said criticising the oil industry was not the way to bring down fuel prices and that the government had to change its approach. Biden replied commenting on the industry's easily hurt feelings. read more

The $2.4 trillion set to be invested in energy this year includes record spending on renewables but falls short of plugging a supply gap and tackling climate change, the International Energy Agency said on Wednesday. read more

Meanwhile, U.S. oil refining capacity fell in 2021 for the second year in a row, government data showed on Tuesday, as plant shutdowns whittled away at their ability to produce gasoline and diesel. read more