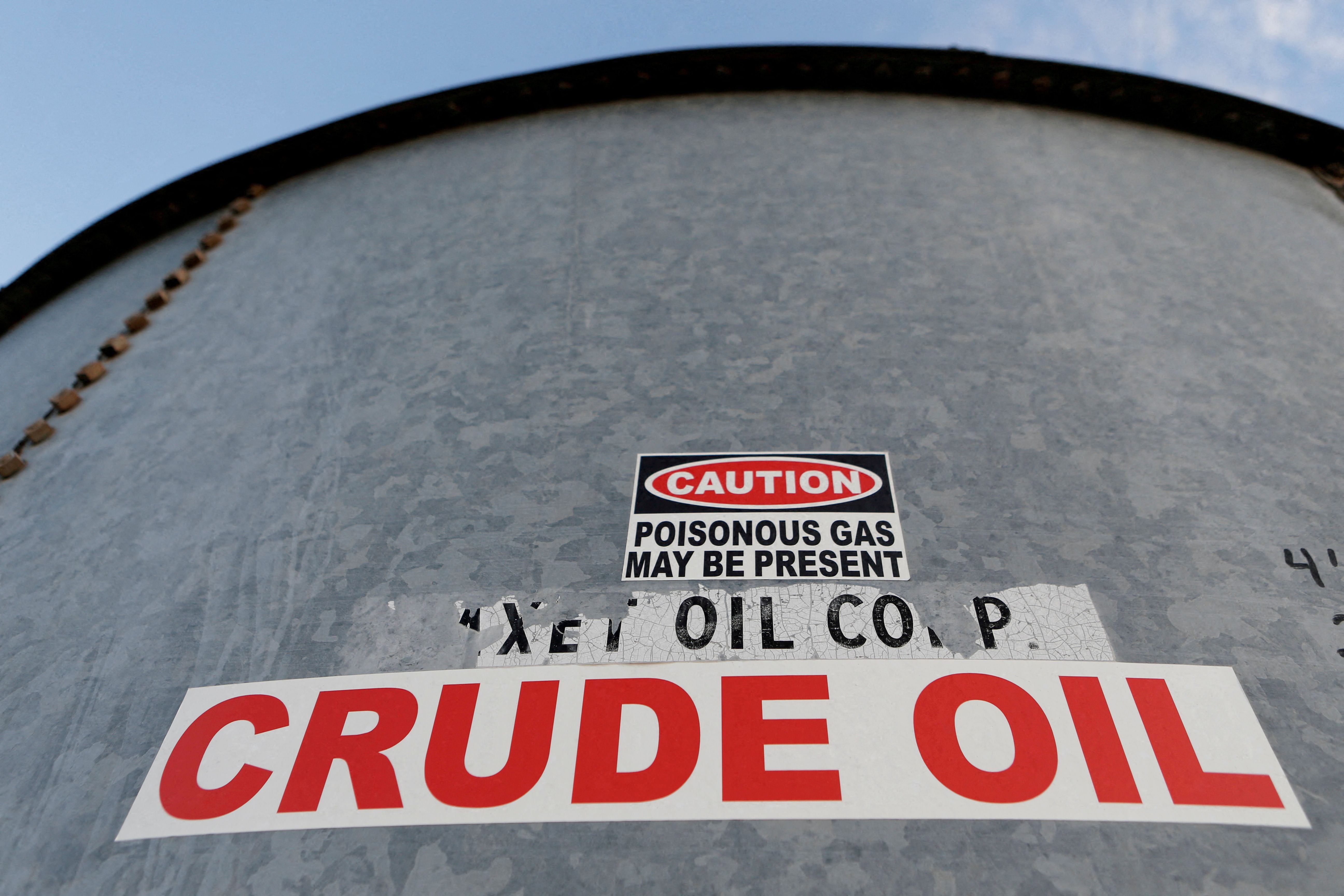 Oil prices continued to retreat on Thursday as investors reassessed the risks of recession and the impact ofinterest rate hikes in major economies on fuel demand.

Both benchmarks tumbled by as much as $3 a barrel in early morning Asian trade, after plunging around 3% in the previous session. They are at their lowest levels since mid-May.

Investors are continuing to assess how worried they need to be about central banks potentially pushing the world economy into recession as they attempt to curb inflation with interest rate increases. read more

"The U.S. and European hedge funds have been selling off their positions ahead of the end of the second quarter, which is also cooling investor sentiment," he said, predicting WTI could fall below $100 a barrel before the July 4 holiday in the United States.

U.S. Federal Reserve chief Jerome Powell said on Wednesday the central bank was not trying to engineer a recession to stop inflation but was fully committed to bringing prices under control even if doing so risked an economic downturn. read more

Analysts from Haitong Futures wrote: "With more data proving that Russian crude supply is less affected by sanctions than most people have previously estimated, the supply side may see a larger-than-expected increase in the near term."

President Vladimir Putin said on Wednesday that Russia was in the process of rerouting its trade and oil exports towards countries from the BRICS group of emerging economies in the wake of Western sanctions over Ukraine.

China's crude oil imports from Russia in May were up 55% from a year earlier and at a record level. read more

Reuters also reported that India is providing safety certification for dozens of ships managed by a subsidiary of top Russian shipping group Sovcomflot, enabling oil exports to India and elsewhere after Western certifiers withdrew their services due to global sanctions against Moscow. read more

"The news temporarily boosted the oil product prices, but it was later viewed that even if the gasoline tax was suspended, retail prices would remain high, making it difficult to stimulate demand," Fujitomi's Saito said.

The U.S. Energy Information Administration said its weekly oil data, which was scheduled for release on Thursday, will be delayed due to systems issues until at least next week.