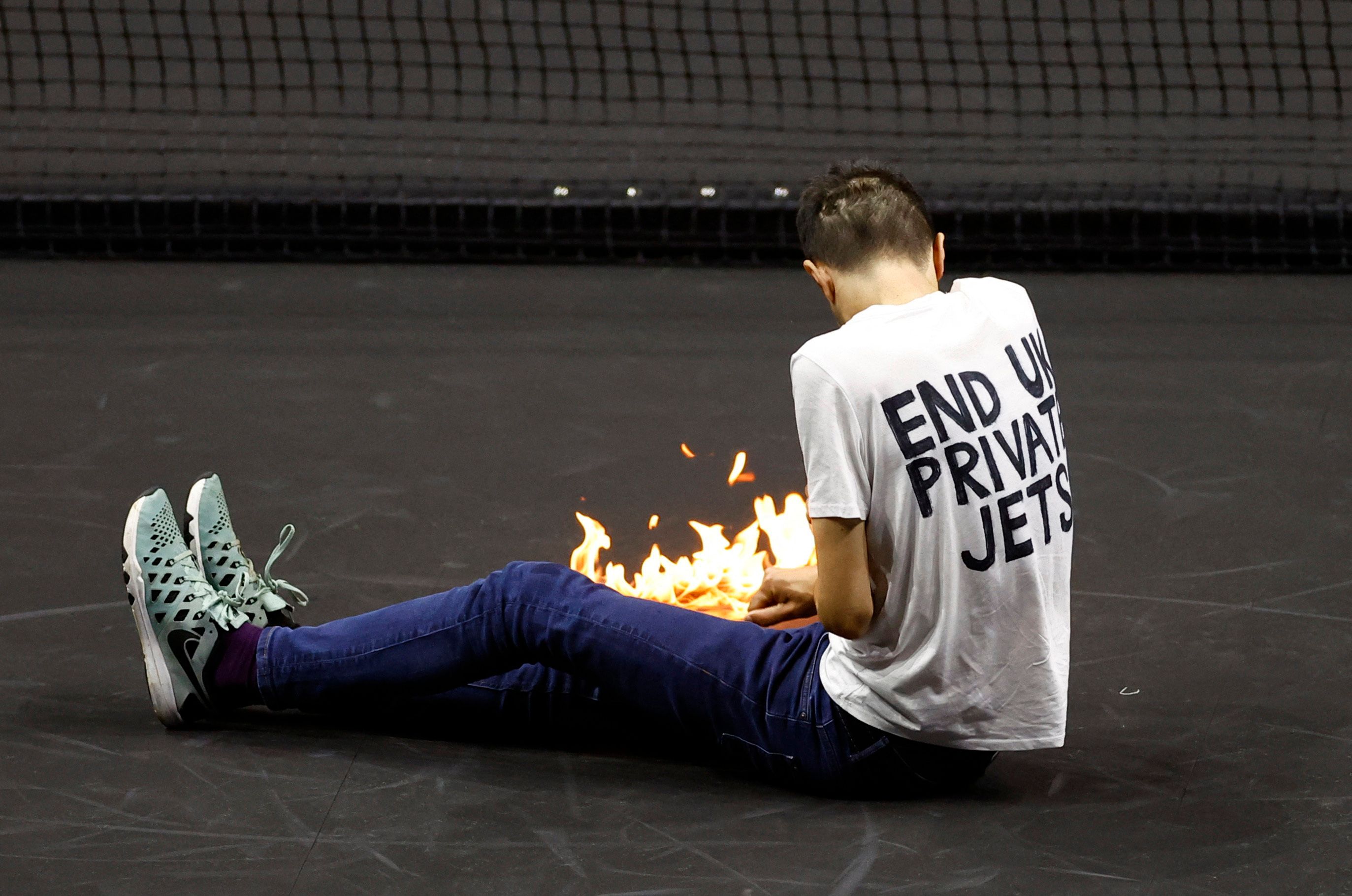 Play was briefly halted when a man ran on court and set his arm on fire during a Laver Cup match at London's O2 Arena on Friday.

The man, protesting about the use of private jets in Britain, sat down and lit a substance on his arm during the match between Stefanos Tsitsipas and Diego Schwartzman.

Security personnel acted quickly to drag the man off the court before play resumed following a quick check to make sure the court surface had not been damaged.

"A man accessed the court this afternoon and was promptly removed by security," a Laver Cup official said.

"Play was stopped briefly, he has been arrested and the situation is being handled by the police."

The man, who made his protest during the second set of the match, wore a T-shirt with the slogan "End UK Private Jets".

British media reported that he was a member of the End UK Private Jets group, which claims "carbon emissions in 2022 are genocide."

Swiss great Roger Federer is due to take to the court later on Friday for the final match of his career, with the 41-year-old partnering his great rival Rafa Nadal against the American duo of Sock and Frances Tiafoe. read more