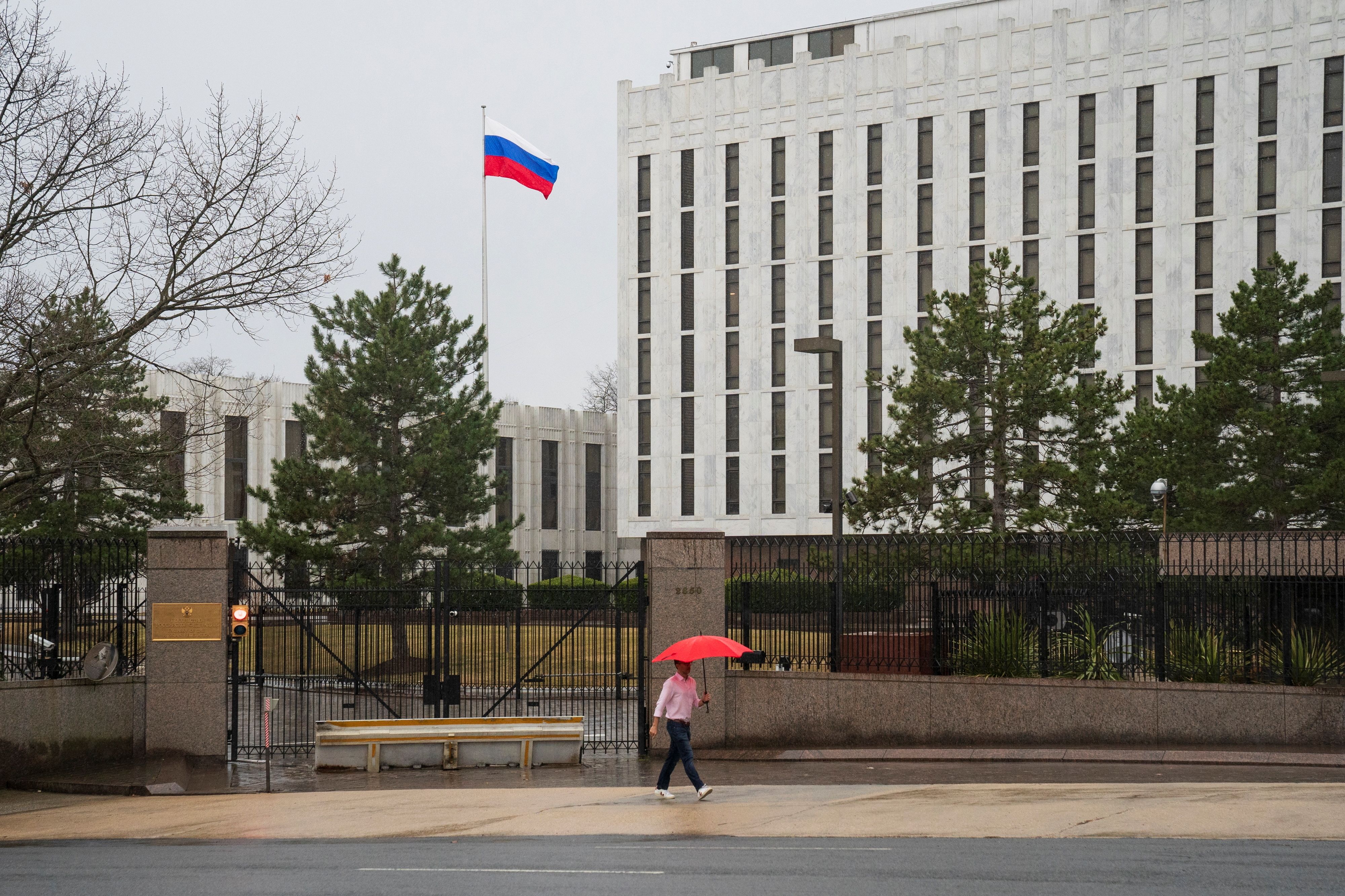 Russian diplomats in Washington are being threatened with violence and U.S. intelligence services try to make contact with them, Tass news agency cited the ambassador as saying on Saturday.

"It's like a besieged fortress. Basically, our embassy is operating in a hostile environment ... Embassy employees are receiving threats, including threats of physical violence," Tass quoted him as saying.

"Agents from U.S. security services are hanging around outside the Russian embassy, handing out CIA and FBI phone numbers, which can be called to establish contact."

CIA and the FBI declined comment. The Office of the Director of National Intelligence and the U.S. State Department did not immediately return messages seeking comment.

The Russian ambassador to Poland was doused in a red substance on Monday by people protesting against the war. read more

Russia and the United States had been locked in a dispute over the size and functioning of their respective diplomatic missions long before Russia invaded Ukraine.

Moscow expelled a number of U.S. diplomats in March after Washington said it was kicking out 12 Russian diplomats at the country's U.N. mission in New York. read more