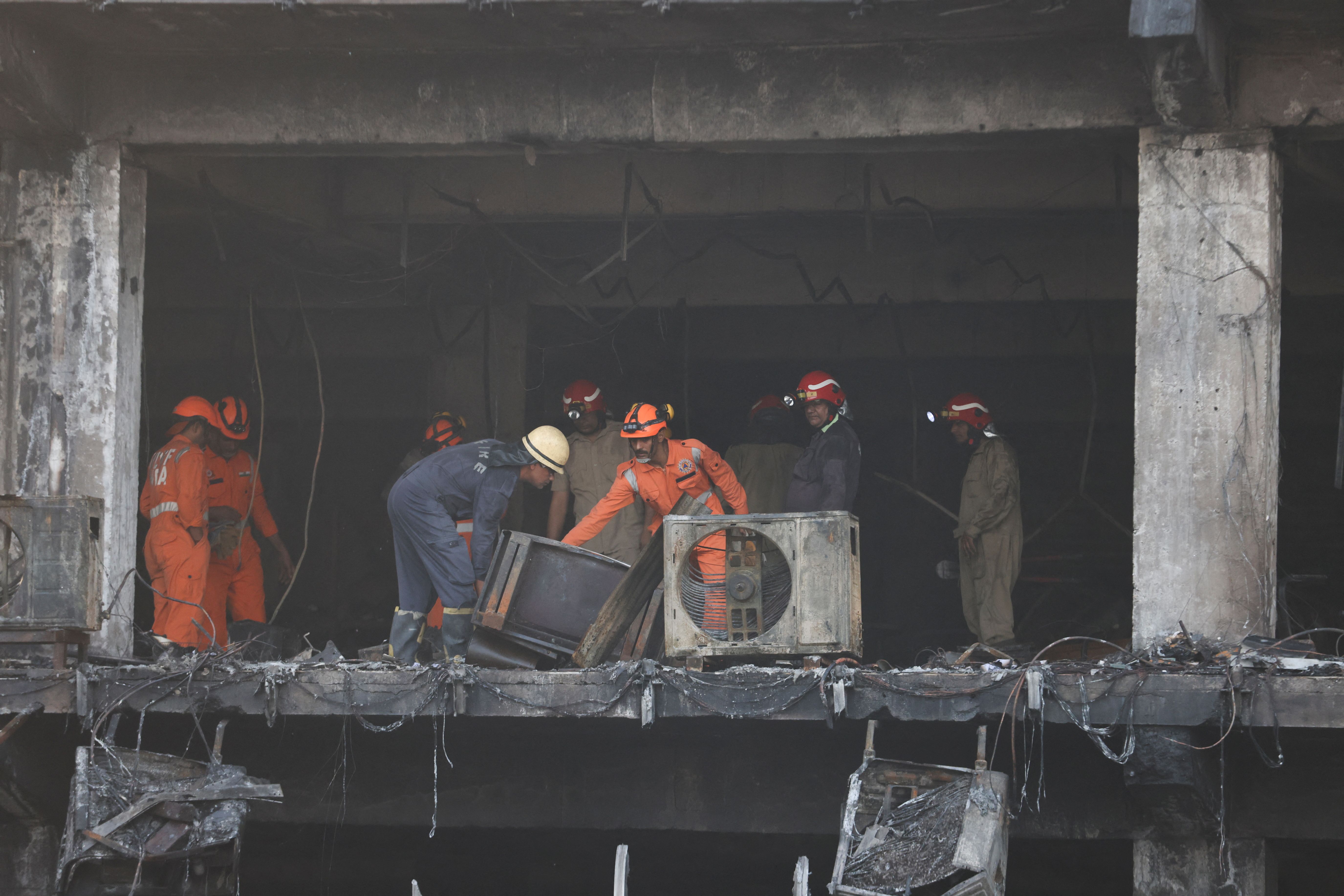 Police in New Delhi arrested two people suspected of flouting fire safety regulations on Saturday after at least 27 people died in a blaze at a building housing a manufacturing unit for surveillance cameras.Komal, 18, consoles her mother Sunita, 35, as they wait to identify Komal's sister body after the fire that broke out in a commercial building in New Delhi, India, May 14, 2022. REUTERS/Anushree Fadnavis

Rescue teams worked overnight to clear the burnt out four-storey building near a railway station in the western suburbs.

More than 75 people were in the building when the fire broke out on Friday evening. Some jumped from windows to save themselves, according to eyewitnesses, and firefighters broke the glass and rescued people with ropes.

Authorities said fire started in an office on the first floor and spread rapidly. Two owners of the company were arrested as part of probe to identify suspected safety violations.