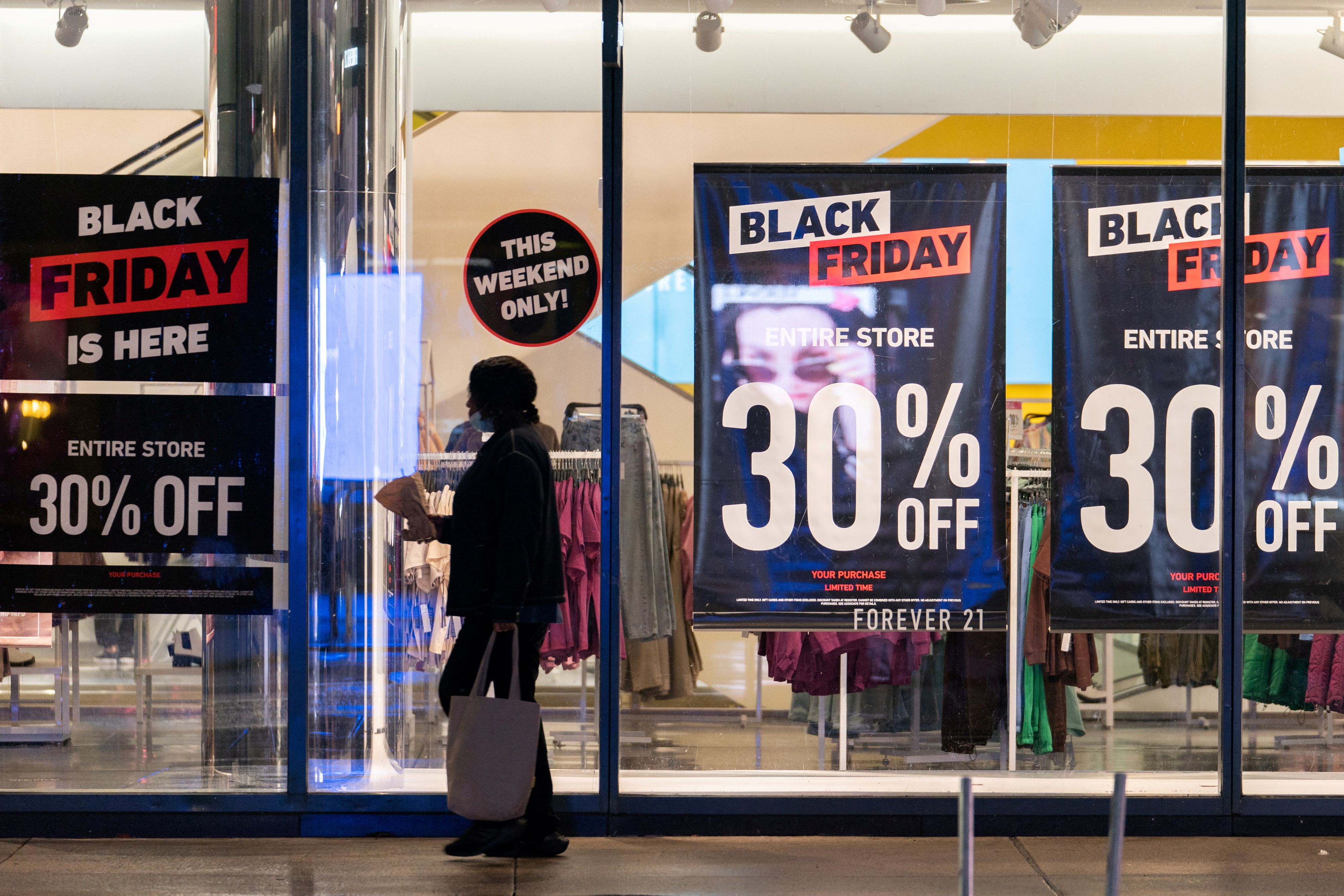 Black Friday deals are here, but not shoppers

With the Thanksgiving turkey digested, shoppers were expected to turn out in record numbers to shop for Black Friday deals. However, with inclement weather, thin crowds were seen outside stores on what has historically been the busiest shopping day of the year.Thomson Reuters

"Only about 20 people have come through self-checkout, so far," said Jimena Silva, a Target employee in Raleigh, North Carolina, which witnessed heavy rains between 6am and 8am on Friday.

Silva, 23, said that she's seen more customers visit the store in previous years, but expects foot traffic to increase later in the day.

An estimated 166.3 million people are planning to shop from Thanksgiving Day through Cyber Monday this year, according to the National Retail Federation, almost 8 million more than last year.

But with sporadic rain in some parts of the country, stores were less busy than usual on Black Friday morning.

At Times Square in New York City, which was cloudy with occasional light rain, employees were seen waiting inside stores for crowds that so far had not arrived.

Outside the American Dream mall in East Rutherford, New Jersey, there were no lines outside stores. A ToysRUS employee was seen walking around the mall handing out flyers with a list of the Black Friday door busters.

However, those who did make it to the mall were surprised at the deals on offer.

"There's a lot of deals that weren't advertised. Some of the stores I got 50% off everything I bought," said Christine Chavez, 45, from Monmouth County, New Jersey. She added that she is primarily gift shopping and picked up items from Victoria Secret and Torrid.

"I was hesitant to come to the mall, and I have to say I'm pleasantly surprised.”

U.S. shoppers spent nearly 3% more online on Thanksgiving Day this year, a report from Adobe Analytics showed, with purchases made on mobile phones driving the increase. Black Friday is expected to bring in $9 billion from online sales, a modest increase of 1% from last year.

Retailers are offering steep discounts both online and in-stores, which may pinch profit margins in the fourth quarter.

Average online discount rates on Thanksgiving Day in the United States were 29%, up 6% from a year ago, according to data from Salesforce, helping drive sales up 3% to $7.1 billion.

Walmart has ramped up marketing for the holiday, purchasing ad space on Twitter and Instagram, during National Football League games and on billboards near New York City's Penn Station with the hopes of getting customers to shop early and frequently ahead of Black Friday.

Rival Amazon (AMZN.O) was also offering a plethora of deals on its marketplace, including up to 42% off on Roomba vacuum cleaners, 45% off on Calvin Klein men's T-shirts and up to 50% off on Chromebooks from Lenovo, HP, Acer and ASUS.

But the online retailer may have bigger things to worry about as workers at Amazon sites across the world, including in the United States, Germany and France, were urged to strike on Black Friday with calls for better pay.

Americans, especially from low-income households, are expected to pull back on their holiday shopping this year as inflation and higher energy prices pinch their spending power.